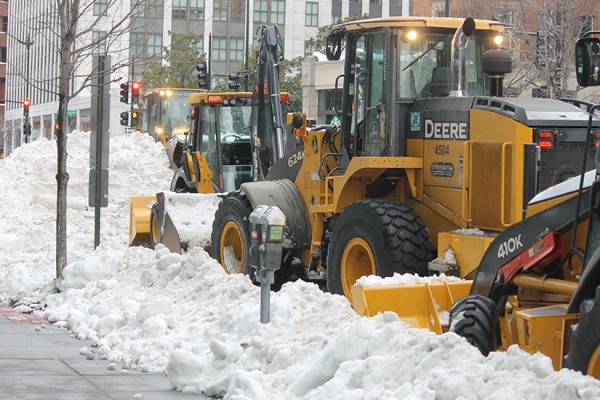 Some Lost, Some Gained — For some D.C. business, the snowstorm meant a hit in revenue. For instance, at Ben’s Chili Bowl on U Street, business was a “sliver” of what it usually is. At other businesses, such as Glen’s Garden Market in Dupont and Shaw, the blizzard led to record sales. [Washington Post]

Snowy Streets — 67 percent of our users told us in an unscientific poll yesterday that their streets have yet to be plowed. [Borderstan]

Poor Little Bobcat — Truly, this little bulldozer stuck in the snow at 17th and Euclid NW represents the folly of mankind. [Twitter]

more stories
Previous
More Buses to Run Tomorrow in D.C., But Not All
Next
Jimmy John’s to Start Serving Up Subs on U Street This Spring