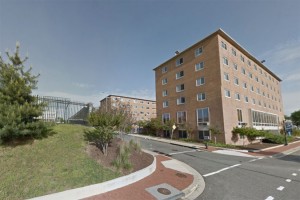 A man with a gun robbed a Howard University student by his dormitory last night, police said.

The armed robbery happened outside The Charles R. Drew Hall on the 500 block of Gresham Place NW about 9 p.m. Monday. The dorm is at the northern end of Howard’s campus.

The student was walking near the dorm when a silver sport utility vehicle pulled up to him, according to authorities. A passenger in the SUV then hopped out and flashed a large silver handgun at the student.

“What’s good? Don’t move,” the man with the gun said, according to police.

The man soon after grabbed an iPhone and a wallet from the student. The robber then got back into his SUV and drove away.

According to a police alert, authorities are looking for:

Two armed robberies also were reported in the vicinity of Massachusetts Avenue NW this morning, according to authorities.

The first robbery occurred on the 1100 block of 13th Street NW about 10:15 a.m. The second robbery happened about three blocks west of the area on the 1600 block of Massachusetts Avenue NW about 10:30 a.m.

It wasn’t immediately clear whether the two robberies were connected.