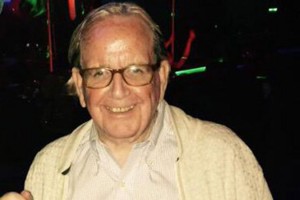 Graham will tonight host a free special Tuesday edition of “Rock Hard Sunday,” the weekly male strip club act he promotes at The House (3530 Georgia Ave. NW) in Park View. The show, which normally costs $10, was cancelled last Sunday because of the blizzard.

“I have followed closely the actions and messages on the blizzard and its consequences by Mayor Bowser and Councilmember Nadeau,” Graham said in an e-mail announcement “They are to be commended for all of what they are doing.”

Still, Graham added that “cabin fever is running very high,” and so to “engage, as a businessman and neighbor,” he will lift the club’s cover charge tonight.

“Like everyone else, I’m locked in,” Graham told Borderstan this morning. “I was definitely feeling cabin fever.”

Graham said that a typical Sunday might bring 160 people to the party. That’s 160 people who, due to the snowstorm, haven’t yet had their weekly fix of hard-bodied, gyrating dancers.