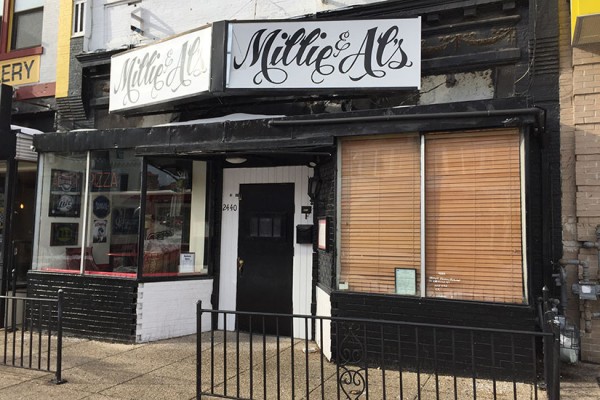 The 52-year-old dive bar at 2440 18th St. NW isn’t “closing anytime soon,” a bartender there told us last night. But the owner of the Adams Morgan institution has put the building that houses it up for sale, he confirmed. He declined to elaborate.

The Washington Business Journal reported earlier this week that the bar likely would shut down, noting that Millie & Al’s real estate broker said the bar’s building would be “delivered vacant.”

On Twitter last night, a Millie & Al’s representative attacked the report that it would close.

ATTN: despite what you may have read/heard, Millie and Al's will not, I repeat, WILL NOT be closing it's doors.

Still, don't be a stranger! Come by and show us your support tomorrow for karaoke and Jello shots!

A post on the bar’s Facebook page added: “Business as usual. We are not closed. Who started that rumor?”

more stories
Previous
WMATA: All Buses to Run Tomorrow, Some With Detours
Next
Men Try to Rob Bank in Columbia Heights