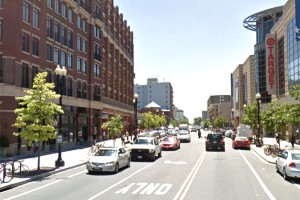 (Updated at 12:40 p.m.) Somebody was stabbed after trying to run away from a group of people who attacked him inside the Columbia Heights Chipotle yesterday afternoon, police said.

Two people were inside the restaurant when an unknown individual approached them, according to authorities. The person then left and returned about 15 minutes later with a group of people who started to assault the victims.

At some point in the fight, one of the victims ran outside, according to authorities. Several people followed him. One of them then stabbed him with an unknown object.

Police haven’t released descriptions of the suspects. The incident is under investigation.

more stories
Previous
What to Expect Around Town This Weekend (Jan. 30-31)
Next
One Man Dead, Another Injured After Stabbing at Barcode Downtown