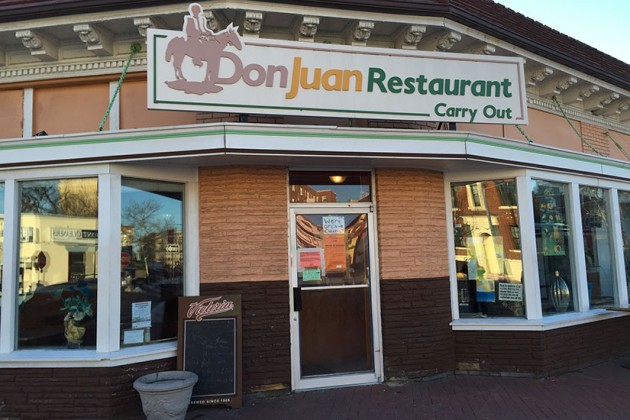 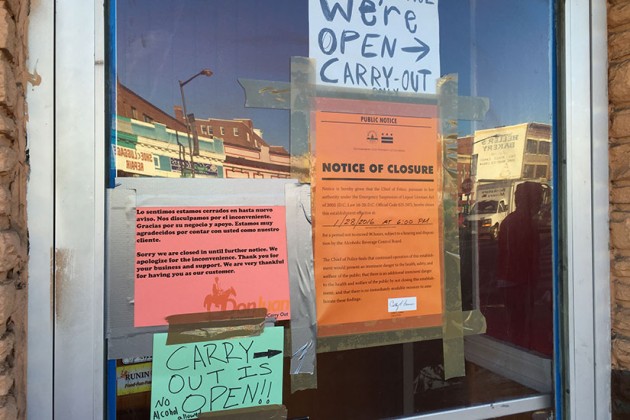 A Mount Pleasant eatery is unable to sell alcohol for now following a fight that left one of its customers hospitalized last week, police said.

Don Juan Restaurant at 1660 Lamont St. NW has had its liquor license suspended since Thursday evening under a police order stemming from the brawl. The Alcoholic Beverage Control Board today is expected to decide whether the eatery can start serving booze again.

The Don Juan diner was sitting at the restaurant’s bar with his girlfriend and ordering food on Wednesday night when four to five men went up to him from behind, according to authorities. He then was punched in the head, knocking him to the ground.

The customer soon after was punched again and then kicked several times, police said. He also had chairs thrown at him, hitting him at least once.

The victim’s girlfriend brought him to a local hospital with “serious cuts and contusions to his face and head, and multiple contusions to his body,” D.C. Police Chief Cathy Lanier wrote in a letter to Don Juan owner Louis Alberto Ferrufino. A laceration to the customer’s nose required staples.

The owner didn’t call 911 to report the assault, police said. Rather, he tried to call the personal cellphone of the Mount Pleasant business beat officer, who wasn’t on duty and wasn’t available to talk.

“This violent crime can be connected directly to the operations of [Don Juan], and severely endangered the residents and visitors of this city,” Lanier wrote in her letter.

A representative of the restaurant declined to comment to Borderstan today.

Signs posted on the restaurant’s front door note that the eatery is taking carry-out orders, but its main dining area is closed.

“Sorry we are closed in until further notice,” one of the signs says. “We apologize for the inconvenience. Thank you for your business and support. We are very thankful for having you as our customer.”

The Metropolitan Police Department currently offers a reward of up to $1,000 to anyone who provides information that leads to the arrest and conviction of the person or persons responsible for this assault committed in the District of Columbia. Your assistance is appreciated by your community.

more stories
Previous
Deal of the Day: Half Off VIP Experience at Crystal Couture
Next
Borderstan Blueprint (Feb. 2-8)