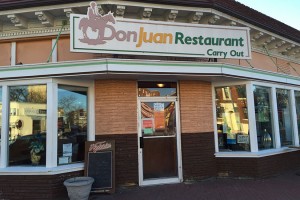 A Mount Pleasant eatery is able to serve booze again following a brawl that left one of its customers hospitalized last week.

Police halted liquor sales Thursday night due to the fight, which ABRA investigated. The Alcoholic Beverage Control Board decided Monday that it wouldn’t pursue further action against Don Juan, allowing it to begin serving booze once more.

The victim in the fight was with his girlfriend at the restaurant last Wednesday night when several people punched him, according to an ABRA case report. He also was hit multiple times with chairs.

The victim’s girlfriend brought him to a local hospital to get staples for his nose, among other treatments for his injuries.

A worker at the restaurant didn’t call 911 to report the assault, according to the report. Rather, an employee tried to call the personal cellphone of the Mount Pleasant business beat officer, who wasn’t on duty and wasn’t available to talk.