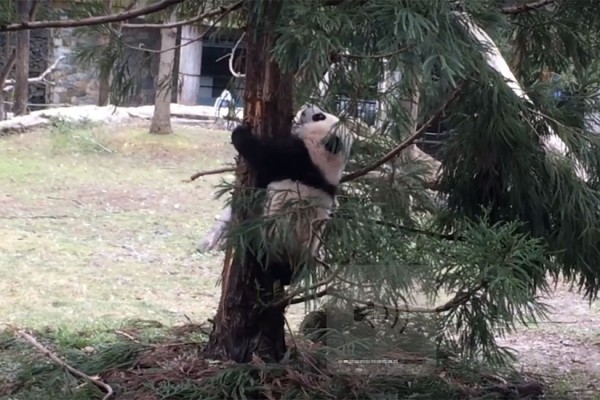 Bei Bei Ventures Outside — The National’s Zoo biggest star went outside for the first time. During Bei Bei’s tour of the zoo’s grounds, he climbed a tree. [YouTube/Smithsonian’s National Zoo]

At Least One Shaw Church is OK With Bike Lanes — Hamingway Temple African Methodist Episcopal at 501 P St. NW has written to the District Department of Transportation to say that the agency should work to balance the needs of bicyclists and people who park cars in Shaw. But some area churches aren’t as supportive of bicyclists. [Greater Greater Washington]

Inside Shaw’s Columbia Room — The Columbia Room is set to reopen next week in Blagden Alley. Here’s a peek at its “spirits library” and tasting room. [Washingtonian]

PoPville Hits the Streets in Dupont — Dan Silverman, the “Prince of Petworth,” handed out copies of Street Sense near the Dupont Circle Metro station yesterday as part of the newspaper’s Vendor Week. [Twitter/Street Sense]