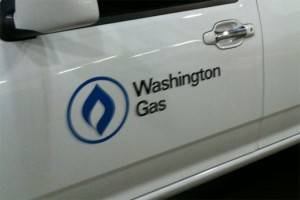 A Washington Gas crew responded quickly to a natural gas leak near Meridian Hill Park during last month’s blizzard and kept the area safe, a company spokesman said today in response to a community leader’s highly critical account of the utility’s work.

Commissioner JonMarc Buffa of the Adams Morgan Advisory Neighborhood Commission on Wednesday blasted Washington Gas for a lack of public notification about the Jan. 24 leak near 16th and Belmont streets NW and for what he considered a slow response by the company to resolve the problem. Locals “smoking on 16th Street could have blown themselves up,” he said then.

Jim Monroe, a Washington Gas spokesman, told Borderstan in an email that his company took the leak seriously and worked hard to fix it quickly and safely.

“Washington Gas responded quickly to this incident, one that occurred during an unprecedented winter storm, and took immediate action to ensure the safety of the area,” Monroe said. “Washington Gas personnel stayed on site to ensure safety until the pipeline repair was completed.”

In a phone call with Borderstan today, Buffa said Washington Gas was first notified about the leak earlier than 2:07 p.m. The ANC commissioner also continued to express concern that he didn’t see the utility’s workers put up signage to alert residents to the problem.