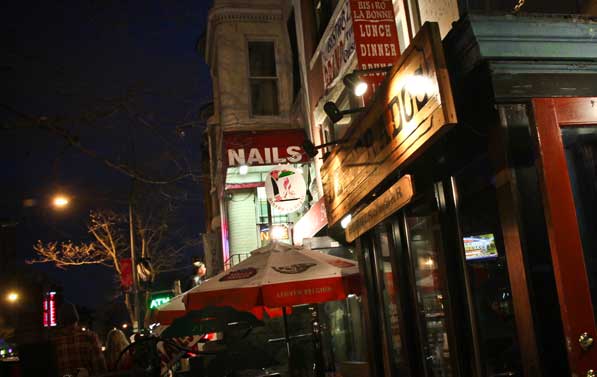 D.C.’s ABC Board wants to hear from the public on whether it should solidify new emergency and proposed rules regarding bar crawl applications.

The rules, which were put in place last month, establish a new event license fee, put more responsibility on organizers to prevent littering and give the board more authority to veto bar-hopping events.

So far, the new rules have helped lead to the rescheduling of at least one event, and some have wondered if it’s the end of the party for pub crawl organizers.

Impacted businesses and members of the public will be able to weigh in during a hearing at the Reeves Center (2000 14th St. NW) on March 2 at 1:30 p.m.

More, from the ABC Board:

A host of new rules are in effect for pub crawls in the District that impact both alcohol-licensed establishments as well as pub crawl organizers and promoters.

While the new rules were adopted by the Alcoholic Beverage Control Board (Board) on an emergency basis through May 13, 2016, the Board will hold a hearing to obtain public comment from businesses and the community on adopting the emergency regulations permanently. The Board’s hearing will be held at 1:30 p.m. on Wednesday, March 2, 2016.