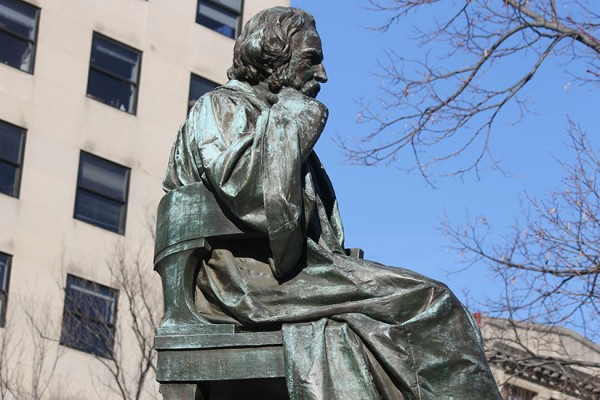 Bike Lane Battle — Cyclists and constituents of several local churches again sparred over a plan to install a new protected bike lanes in Shaw. The four-hour meeting was civil, say attendees, and although neither side seemed to waver much on their positions, compromise is apparently now on the table. [Washington Post; Washington City Paper; WAMU; NBC Washington]

Get Your Goat — Carb-centric eatery Tail Up Goat is set to open tomorrow in Adams Morgan. [Borderstan]

‘Anti-Feminist’ Blogger Holds Press Conference — The blogger behind the now-infamous (and cancelled) “anti-feminist” meetup held a press conference in a Dupont Circle hotel on Saturday night. With bodyguards close behind, Roosh V — also known by his real name Daryush Valizadeh — ranted about a grand media conspiracy in which he was the victim. [Washingtonian; Washington Times; DCist]

DCRA Halts ‘Leaning Tower of Shaw’ — Construction of a pop-up known as the “leaning tower of Shaw” has once again been halted by the DCRA. [WJLA]

Black and White Too Planned for U Street — A national glasses chain appears to have its eye on U Street. [PoPville]