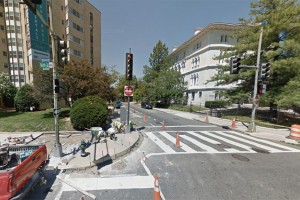 (Updated at 10:15 a.m. on Tuesday) A man was stabbed in the chest in Adams Morgan yesterday afternoon, police said.

The stabbing, which authorities said may have been gang-related, occurred near 16th and Euclid streets NW about 3:50 p.m. The area is just west of Meridian Hill Park.

The 18-year-old victim also sustained a head wound during the attack and was conscious when he was taken to the hospital, according to the police report.

According to authorities, the suspects are: