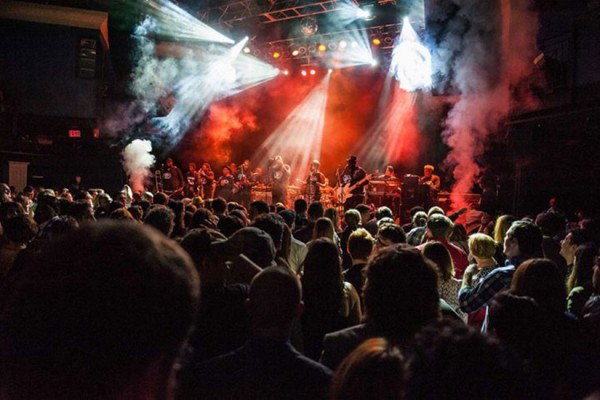 The Story Behind 9:30 Club’s New TV Show — “Live at 9:30,” the forthcoming PBS television series filmed at the 9:30 Club, was years in the making as owner Seth Hurwitz worked to bring a show to the music venue that would capture what he called the “special magic that happens” there between the bands and the audience. [Washington Post]

At-Large Council Candidate Garber Attacks Councilmember Orange — At-large Council candidate David Garber, who is running against incumbent Vincent Orange, is handing out palm cards that call on voters to “turn the page on [the] out of touch priorities” of the sitting councilmember. [Washington City Paper]

How a D.C. Native Became the Chef of Mulebone on 14th Street — D.C. native Joseph Paire got the job to lead the kitchen of Eatonville reboot Mulebone after winning a cooking competition hosted by owner Andy Shallal. The restaurant at 2121 14th St. NW is slated to open Friday. [Washington City Paper]

Dupont Yarn Shop Owner Talks of Knitting Renaissance — Jessica Boudreau, a co-owner of Looped Yarnworks at 1732 Connecticut Ave. NW, told WTOP that grandmas aren’t the only fans of knitting anymore. “We get everyone from older people, like grandmothers knitting for their grandkids, to college students who buy their supplies to knit Christmas presents so their friends all get fun hats, or to de-stress when they’re doing finals,” she said. “Or there are people like me, I’m just a mid-thirties girl.” [WTOP]