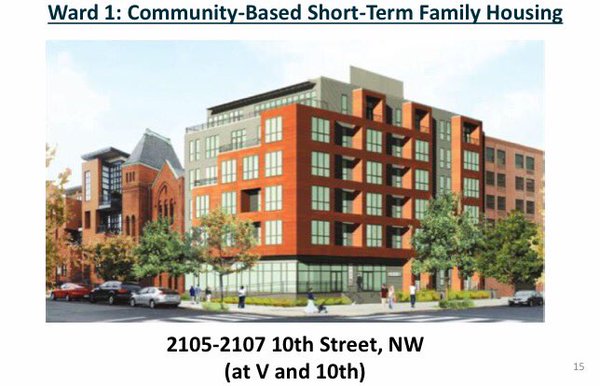 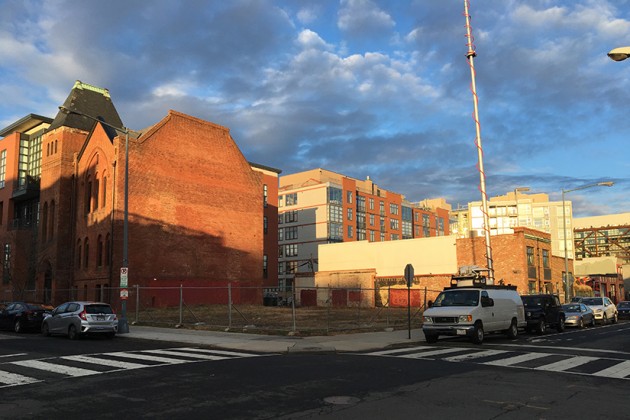 Ward 1 residents are asking questions and sharing some concerns about a new transitional housing facility slated for construction in a currently vacant lot at 10th and V streets NW.

The new housing facility near the U Street corridor was announced yesterday in D.C. Mayor Muriel Bowser’s plan to close DC General. When fully constructed by 2018, the new units near the U Street corridor (2105-2107 10th St. NW) will house approximately 30 families and will include playground and recreation space, a computer lab for residents, a common dining area and ongoing support services and programming for families.

But some residents — namely those that live nearby — seem to be wary of the deal.

One neighbor who went by the moniker “10th and V Shelter,” in an email correspondence with us earlier today said that they were trying to organize a group of locals to oppose the plan. Similarly, a flyer reportedly being circulated among residents calls on neighbors to “voice your opinion” against the mayor’s proposal at a public meeting at the Anthony Bowen YMCA (1325 W St. NW) tomorrow night.

Concerned residents are circulating this flyer. "The decision has been made with no resident opinion input." pic.twitter.com/Uug1Hj1P4J

That flyer — loaded with claims that the new facility would drive down property values and increase congestion in the area — generated plenty of discussion yesterday. But Robb Hudson, who serves on U Street’s ANC 1B, said he’s mostly received questions from locals regarding the building design. And while he said he has heard some complaints, they’re centered around “how quickly after the announcement the community meetings are happening,” not plummeting property values.

Ward 1 Councilmember Brianne Nadeau has so far heard from “a good mix of people who are in support and others who are opposed,” said Tom Fazzini, Nadeau’s deputy chief of staff and communications director. “But we hope we’re able to address their concerns through the community dialogue.”

Nadeau will attend the meeting tomorrow night to field questions and complaints.