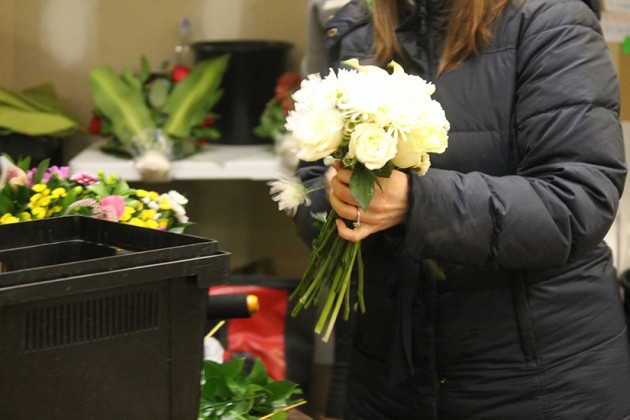 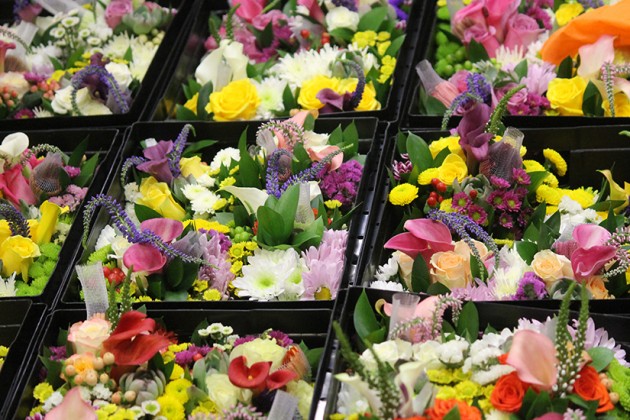 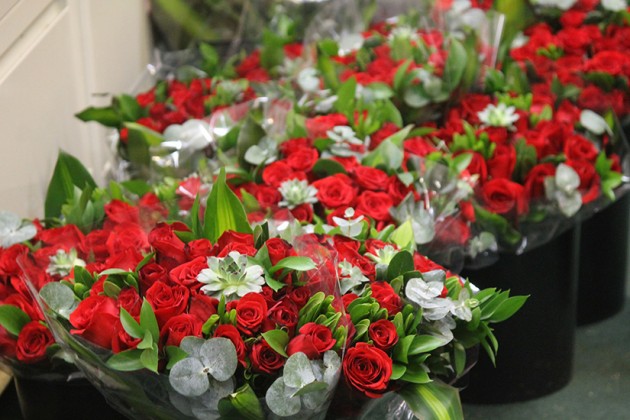 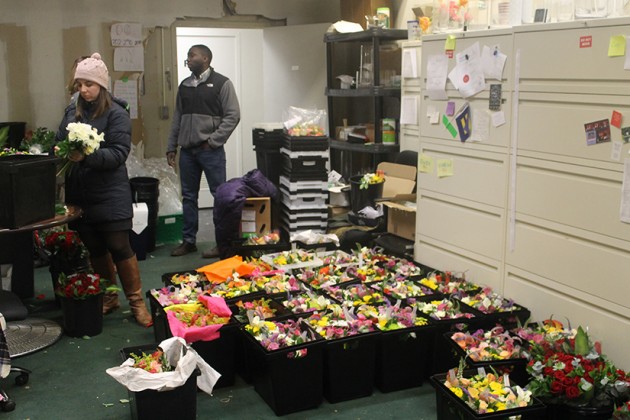 Pizza places have the Super Bowl, supermarkets have Thanksgiving and Christmas and Dupont-based flower delivery startup UrbanStems has Valentine’s Day.

The company is stocking up on flowers and temporary staffers ahead of its busiest day of the year, said co-founder Jeff Sheely, who estimates the company will deliver thousands of bouquets this weekend alone.

“We’ve got a core team of 18 people now,” Sheely said. “For Valentine’s, given that huge jump in volume, we bring on a lot of extra couriers, a lot of extra ops people, as many as it takes to … get customers their flowers on time.”

The UrbanStems business model works like this: Customers choose a bouquet and place an order via the company’s website or app. That order is relayed to the flower shop’s distribution center located in the basement of the Ring Building at 1200 18th St. NW and within minutes, a bike courier is out delivering flowers to someone in or around the District.

Bouquets — which can cost as little as $35 — each come with a little message ranging from “welcome to the third trimester mama,” to “sorry about the poop,” said Sarah Mundell, an associate in the company’s D.C. office.

So far, that quirky model has been a success. The business expanded to Manhattan in New York City shortly after it was founded in 2014, Sheely said, and opened up shop in Brooklyn and Queens just weeks ago. Here in D.C., the company has plans to move into a much larger space at 1615 L St. NW in the coming months, a distribution center that’s about three times larger than the current one.

And all that extra space is necessary, Sheely said. This weekend, when the company sells eight to ten times its normal volume, its 18th Street office will be packed wall-to-wall with fresh flowers.

“We ordered a ton of flowers, so I’m not too worried about [selling out],” Sheely said. “We really did everything we could so we could serve all the customers.”

Customers will have until about 5 p.m. Sunday to place last-minute orders.

“We’re going to be working around the clock, basically,” Sheely said.