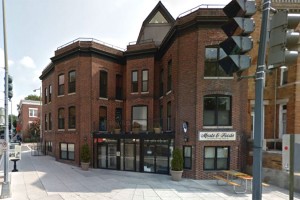 A cocktail bar geared toward locals who live near Florida and Rhode Island avenues NW is slated to open in the coming months, one of its owners told Borderstan today.

The watering hole, which has a working name of “Truxton Inn,” might start serving drinks at 251 Florida Ave. NW as early as this summer, owner Matt Weiss said. But Weiss warned that he is in the “very beginning stages” of work to open the bar in the same building as Meats & Foods, noting he only just applied for a liquor license this week.

Weiss said he is trying to use the roughly 1,100-square-foot space to create a “cozy” meeting place for neighbors. He said he is looking to bring about a vibe similar to his McClellan’s Retreat bar in Dupont Circle — without the Civil War theme.

Weiss has yet to draw up design plans or food and drinks menus for his new space. But he said he expects the bar will have a “strong bourbon list” and a “decent,” albeit limited, food menu, given that the space won’t have a kitchen.

According to liquor license application paperwork filed for “The Ledge,” which was the bar’s first possible name, the tavern will have:

Fine spirits, beers and cocktails with a substantial snack and appetizer menu.

“I hope the place is a cool, comfortable, neighborhood cocktail bar,” Weiss said.