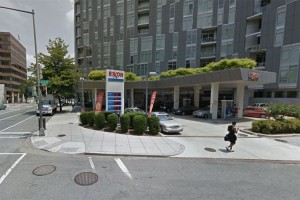 One cabbie hit another taxi driver in the head with a stick at a West End gas station yesterday morning, sending the victim to a local hospital, police said.

The victim was sitting in his car at the gas station when a cab driver tapped on his windshield, according to authorities. The cabbie in the car then started to get out when the other taxi driver hit him with the stick.

The blow threw the victim off balance, knocking him face down into the driver’s seat of his car.

The assailant then got in a car and drove away.

A witness came to help the victim, who eventually was brought to a hospital.