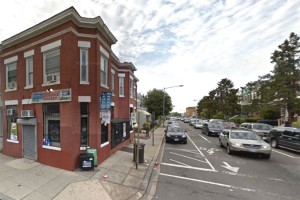 A thief with a gun stole a car from a man who was borrowing it from his girlfriend in Park View last night, police said.

The armed carjacking happened on the 3000-3200 block of Warder Street NW about 8:15 p.m. Wednesday. The area is about a block east of Georgia Avenue NW.

The victim just had left his girlfriend’s car after parking it when two people drove up to him in another vehicle, according to authorities. One of those two individuals then exited their car and flashed a handgun.

The sudden encounter with an armed person caught the victim off guard, causing him lose his balance and fall on his back.

The individual with the gun then climbed into the victim’s car, which still had a key in the ignition. The armed person drove away with the vehicle soon after, without saying anything to the victim.

The victim was brought to a local hospital where he was treated and released.