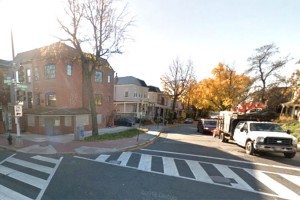 Three thieves robbed a man at gunpoint in a group house just west of Howard University after he let them into his bedroom early yesterday morning, police said.

The crime, which authorities classified as a burglary, happened on the 700 block of Harvard Street NW about 12:30 a.m. Thursday.

The victim was lying in his bed when he heard a knock on his door and someone talk about a mutual acquaintance, police said. The man got up and let in three men soon after.

One of the three men then flashed a handgun, forced the victim onto a sofa and grabbed him by the neck as the other men snatched an iPhone and a driver’s license from the room.

The trio of thieves fled soon after.

At the time of the burglary, three of the five people who live in the house were home, according to authorities. Most of them attend Howard.