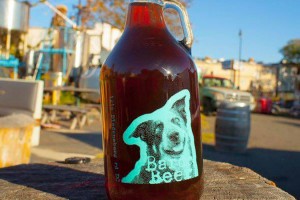 (Updated at 9:30 a.m. Wednesday) The owner of Trinidad’s Bardo Brewpub is moving ahead with plans to bring a beer garden to Shaw.

“It’s a good location,” Stewart said of Shaw. “There’s a lot of stuff going on there.”

The Shaw beer garden will be similar to Bardo’s first D.C. location at 1200-1216 Bladensburg Road NE, which has seating for hundreds of drinkers, Stewart said. But he didn’t have exact details on the new Bardo yet.

Stewart might face an uphill battle bringing a beer garden to 9th Street. The proprietors behind an outdoor tavern proposed for 1322 9th St. NW scuttled their plans for the bar late last year “due to lack of support from the neighborhood.”

The announcement of the Shaw location came as Stewart works to open a “BeerDisneyLand” near Nationals Park this year.