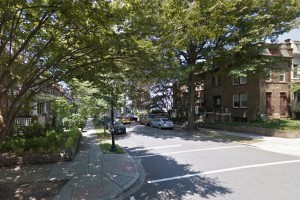 Two masked thieves with a gun robbed a man of his iPad in Mount Pleasant yesterday afternoon, police said.

The armed robbery happened on the 1700 block of Kenyon Street NW about 2 p.m. Monday.

The victim was walking with his iPad in his hand when two masked men went up to him, according to authorities. One of the masked men then flashed a handgun while telling the victim to hand over his tablet. The other man grabbed the iPad soon after and ordered the victim to give him the device’s passcode.

The thieves then fled.