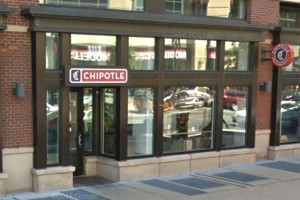 A group of people repeatedly punched a man and hit him with chairs in a gang-related attack at a Columbia Heights Chipotle Mexican Grill over the weekend, police said.

The victim was waiting for members of his family to order food when five people entered the eatery, according to authorities. At least some of the individuals were kids.

The five people soon after punched the victim’s face and other parts of his body. The attackers then used chairs to strike the man’s head and back.

During the assault, the victim dropped his cellphone, which one of his assailants grabbed before fleeing with the other attackers.

The attack came about a month after somebody was stabbed after trying to run away from a group of people who were at the same Chipotle.

The victim was walking in the area just east of Thomas Circle Park when the man grabbed her and tried to attack her, according to authorities.