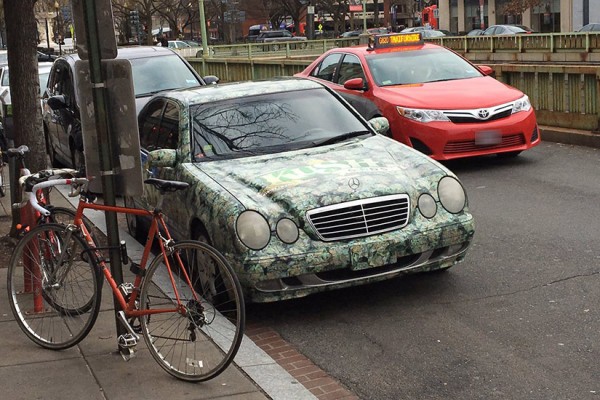 Development in Adams Morgan — The condos are coming. From a new residential development at the warehouse at 1701 Florida Ave. NW to a hotel at 2390 Champlain St. NW, here’s what developments are currently planned for Adams Morgan. [UrbanTurf]

Fry Fiesta — Searching for french fries covered in meat and sauce? Look no further than restaurants like ChurchKey on 14th Street and Small Fry in Park View. [Express]

Thar She Blows! — Downtown D.C. briefly had its very own geyser yesterday. [DCist]

D.C.’s Funniest Journalist(s) — Journalists tried to hack it as joke-tellers at Commedia dell Media last night. Though Washington City Paper‘s Jessica Sidman told some funny jokes about online commenters and Express writer Sadie Dingfelder sang a song about pandas, neither of them won the sparkly Commedia crown. Instead, it was Jenn Tisdale of Brightest Young Things and Dylan Matthews of Vox that tied for the title of D.C.’s funniest journalist. 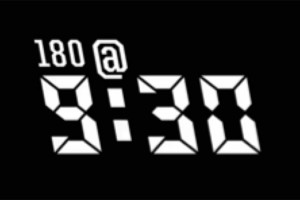 Filmmakers in D.C. and throughout the world have a chance of getting 180 seconds of airtime on the forthcoming PBS television series filmed at the 9:30 Club.

The TV music variety show, “Live at 9:30,” is taking submissions from the public for its “180 at 9:30” short-film segments. The films — which must last exactly three minutes and “be music-related or prominently feature music ” — will air during each episode, according to a Live at 9:30 news release distributed today.

END_OF_DOCUMENT_TOKEN_TO_BE_REPLACED 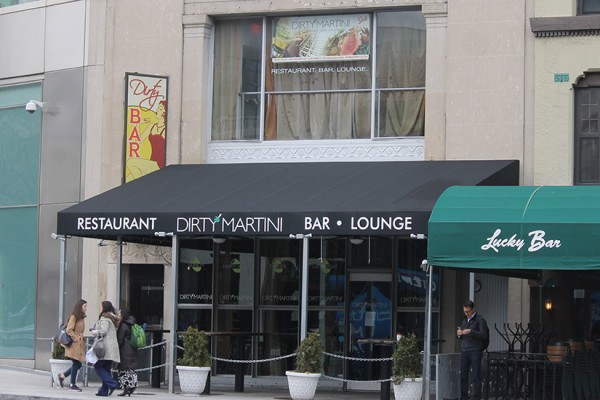 Dirty Martini in Dupont Circle was forced to give up its liquor license after it failed to pay $115,000 to a man who suffered injuries at its upstairs bar in 2013, according to court documents. 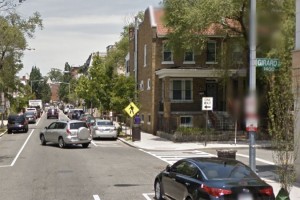 A masked man with a gun, a teenage boy with a knife and another boy robbed a young man and a young woman in Columbia Heights yesterday afternoon, police said.

The armed robbery happened on the 3000 block of 15th Street NW about 5 p.m. Wednesday. The area is about two blocks north of Meridian Hill Park.

The victims, both 19, were walking in an alley when the man and the boys went up to them, according to authorities. The man then flashed a handgun, telling the victims to give him “everything” they had, police said. One of the teenage boys pulled out a knife next.

END_OF_DOCUMENT_TOKEN_TO_BE_REPLACED 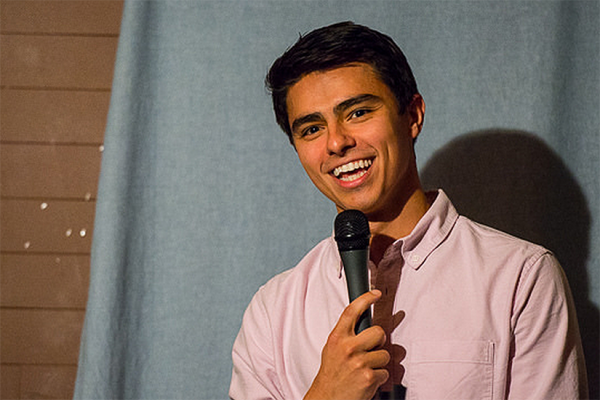 It’s a cool spot. I like it there. They say when all of the construction’s done, it’s going to be the most densely populated neighborhood in D.C., which I believe. END_OF_DOCUMENT_TOKEN_TO_BE_REPLACED 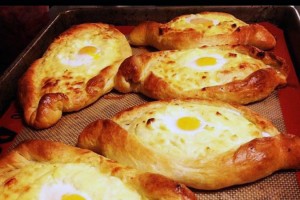 The recreation center will serve as host to a Georgian cooking class put on by The Georgian Table, a local blog dedicated to sharing the cuisine and culture of the Eastern European country. END_OF_DOCUMENT_TOKEN_TO_BE_REPLACED 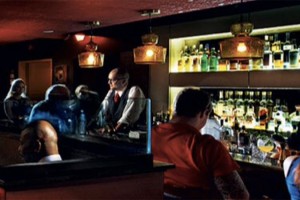 A speakeasy-style bar that has remained shuttered in Dupont Circle since last summer hasn’t served its last cocktail after all.

The Sheppard at 1337 Connecticut Ave. NW is set to reopen in March, bar representative Maha Hakki told Borderstan today. But it wasn’t immediately clear if the green light and other features of the faux speakeasy’s first incarnation would return.

END_OF_DOCUMENT_TOKEN_TO_BE_REPLACED 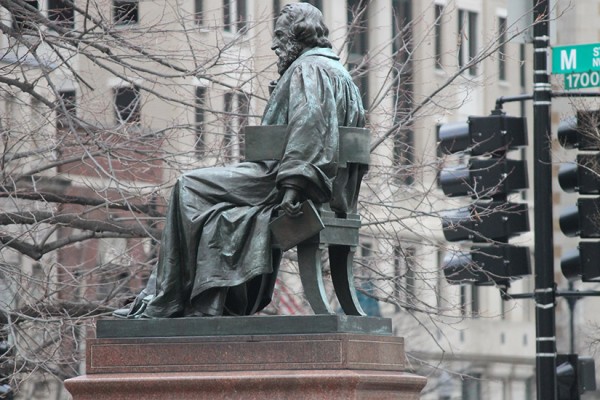 Bad Idea? — When Bonfire opens in the former Famous Luigi’s space on 19th Street next month, it will equip every single one of its bartenders with blowtorches. [Washington City Paper]

Third Arrest in Matthew Shlonsky Homicide — Police arrested another man in connection with the death of Matthew Shlonsy, an AU graduate gunned down in Shaw over the summer. [Borderstan]

Where to Watch the GOP Debate — Want to watch the Republican national debate tonight? I mean, we don’t know why you would, but if you insist, here’s where to go. [Eater D.C.]

‘Definitive’ Dive Bar List — Is Big Hunt a dive bar? What about Madam’s Organ? Ivy and Coney? Sign of the Whale? Yes  . . . but they’re a different kind of dive from one another. Here’s how. [Barred in D.C.] 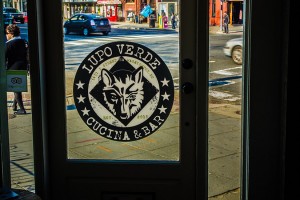 The eatery, located just off 14th Street at 1401 T St. NW, will give its female guests one free mimosa during dinner service on March 8, according to a press release.

The idea is based off of “Festa della Donna,” a decades-old Italian holiday where men give women a yellow mimosa flower. END_OF_DOCUMENT_TOKEN_TO_BE_REPLACED 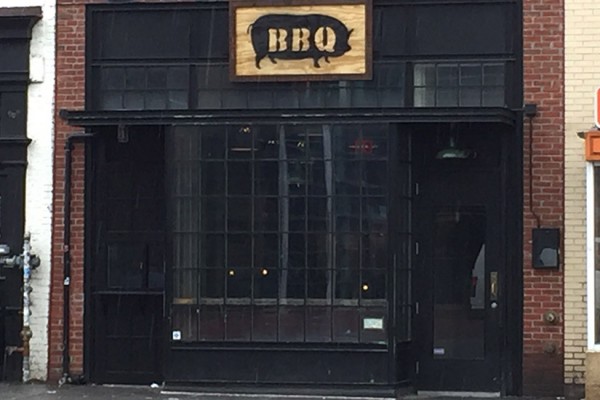 Company representative Tricia Barba said Chef Andrew Evans was “playing it by ear” but hopes to soft-open the barbecue eatery on Friday. BBQ Joint was previously slated to open by March 1. END_OF_DOCUMENT_TOKEN_TO_BE_REPLACED 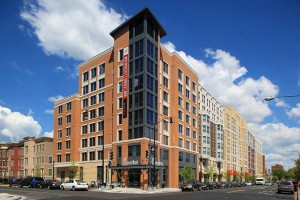 A new yoga studio appears to be in the early stages of coming together in Shaw.

A construction permit issued by the D.C. government yesterday shows that a new yoga studio is planned for Jefferson Marketplace, a mixed-use development located at 1550 7th St. NW. The permit was issued to an LLC doing business as “Yoga Shawla,” and reads:

A representative for Jefferson Marketplace did not know when the studio might open or if the studio would indeed be called “Yoga Shawla.”

(Updated at 1:40 p.m.) Police have apprehended a third man in connection with the fatal shooting of 23 year-old American University graduate Matthew Shlonsky at the Shaw-Howard Metro station in August, authorities announced today.

Christopher Proctor, a 26-year-old resident of Northwest D.C., was arrested yesterday and charged with second degree murder while armed. Information on his lawyer wasn’t immediately available.

Shlonsky was killed when he was caught in the path of a drive-by shooting that occurred near the intersection of 7th and S streets NW on the afternoon of Aug. 15.

END_OF_DOCUMENT_TOKEN_TO_BE_REPLACED 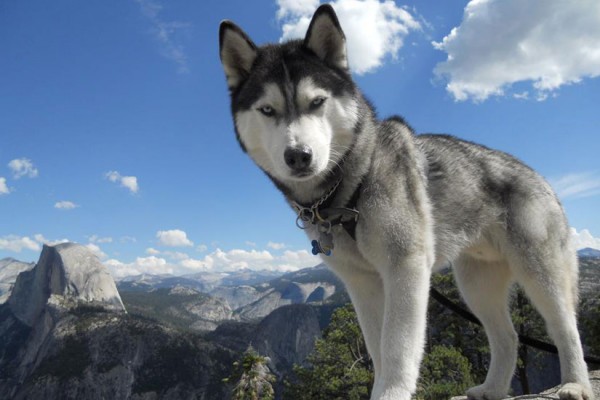 Shaw this weekend is set to host a winter wonderland, complete with mountain scenery and huskies available for petting and hugging.

The free “Hug-a-Puppy” event is scheduled for Saturday at The Shay. Two teams of competitive sled dogs are slated to visit 8th Street and Florida Avenue NW from 11 a.m. to 2 p.m. as part of the festivities.

In addition to the huskies, the event will include opportunities for photos in front of a mountain backdrop with wintry props.

END_OF_DOCUMENT_TOKEN_TO_BE_REPLACED 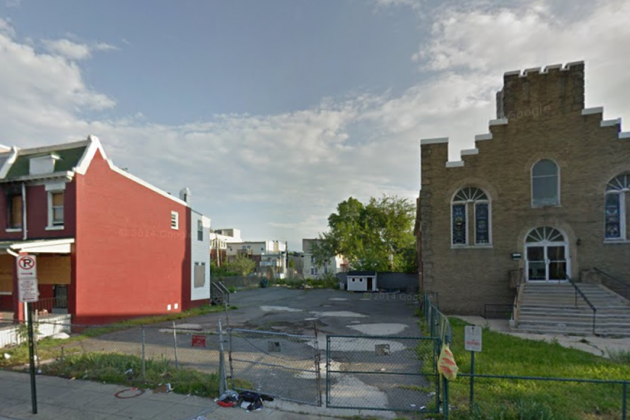 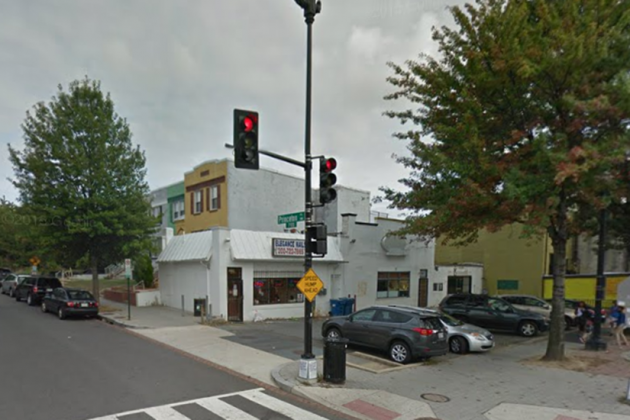 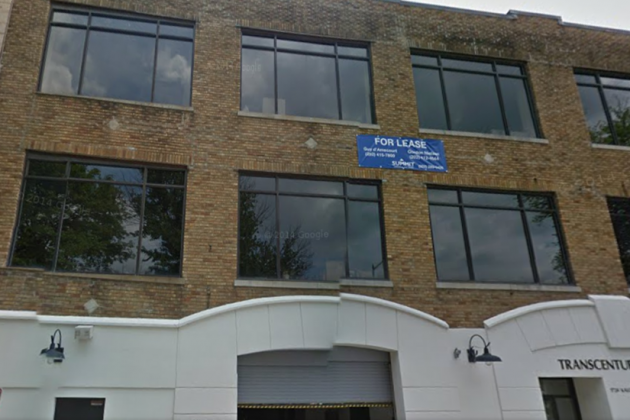 Ultimately, those plans fell through due to a variety of reasons that included sites not being large enough and unsuccessful negotiations with developers. END_OF_DOCUMENT_TOKEN_TO_BE_REPLACED 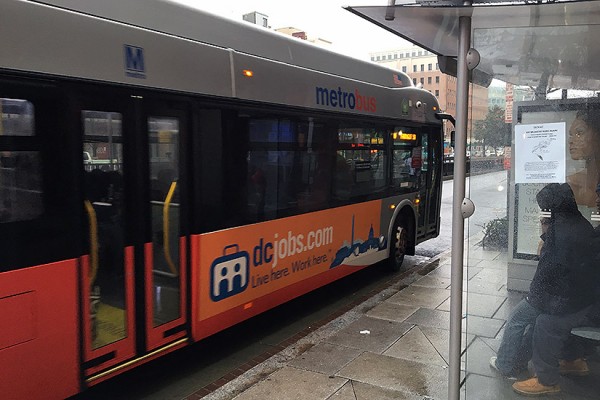 Metro Ranks First in Public Transit Study — Wait, what? Really? Yes. It’s true. D.C. is the best  city for public transportation, according to financial analytics firm SmartAsset. Here’s why, according to that firm. [Washington Post]

More on Kimpton’s Mason and Rook — A new cocktail bar from hotel company Kimpton is coming to Logan Circle, and its owners are looking to take advantage of nearby 14th Street NW. [Washington Business Journal]