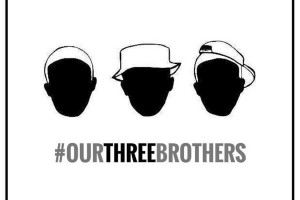 A group of people will gather in Dupont Circle park tonight to pay their respects to the three Muslim Americans murdered in an “execution-style” shooting in Fort Wayne, Indiana, last week.

Despite the gruesomeness of the crime, news of the murders “barely caused a ripple,” reported Al Jazeera. The organizers of tonight’s vigil hope to change that.

“We, as a community, must stand in remembrance and for justice for our three slain brothers,” reads the vigil’s Facebook post. “We will be holding a candle light vigil in the center of Dupont Circle on Tuesday, March 1st, from 7 p.m. to 8 p.m. Please join us and invite your friends and family as we unite for Mohamedtaha, Adam, and Muhannad.”

During the vigil, attendees will light candles and hold a moment of silence, followed by remarks and statements from various members of the community and a reading from the Quran.

Attendees are asked to bring their own candles.