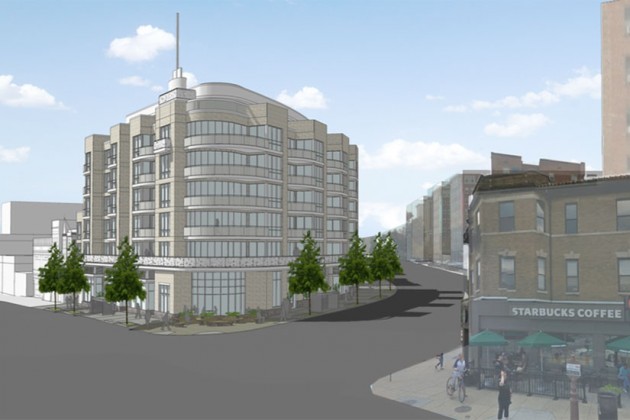 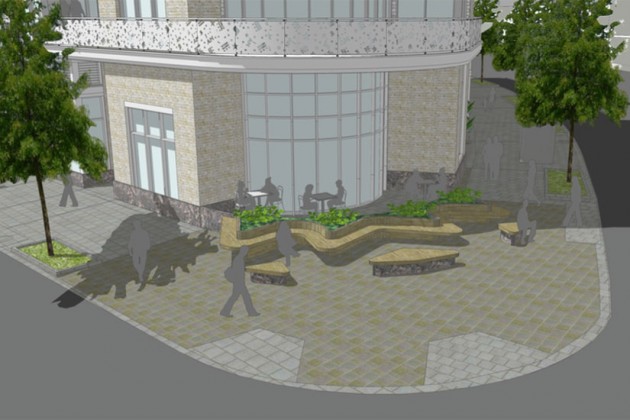 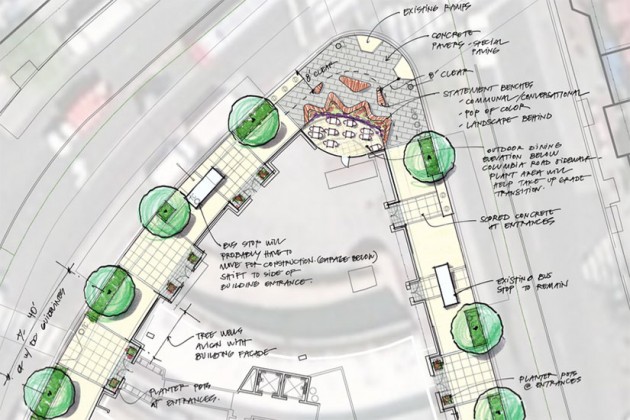 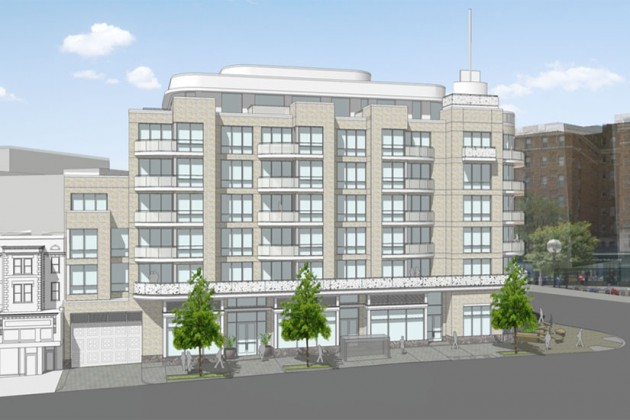 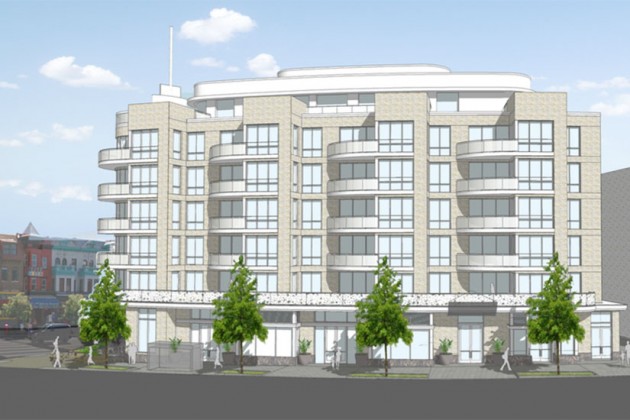 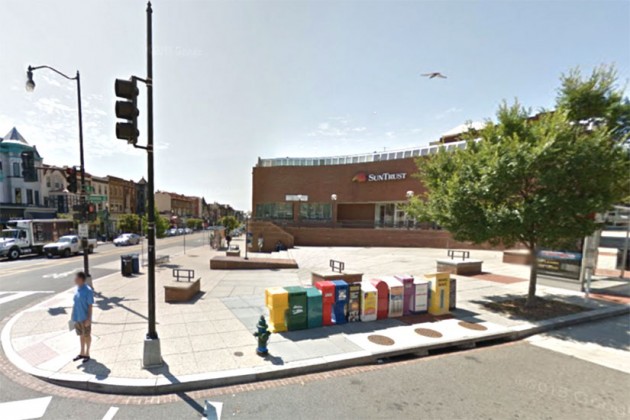 A property developer’s plan to construct a seven-story mixed-used building that would take up much of a popular outdoor gathering space in the heart of Adams Morgan is drawing an outcry from neighborhood leaders.

“I don’t accept this as a reasonable development,” Simpson said. “I personally am committed to ensuring that it does not move forward as they have planned. I intend to use every resource at my disposal as a resident of Adams Morgan to try to mobilize members of the community to try to stop this.”

A PN Hoffman representative didn’t immediately respond to a request for comment.

In renderings of the proposed development, only a small section of the current plaza appears to remain open to pedestrians. That area would include some benches, but not enough room for the farmers market that operates there on Saturdays in the summer and fall. PN Hoffman proposed moving the market to the BB&T Bank plaza across the street.

Simpson said he doesn’t oppose replacing the SunTrust with a building that has residential and retail space, as long as the current plaza remains.

“I have no love for the existing building,” he said.

PN Hoffman representatives are scheduled to attend an ANC meeting on March 16 to discuss their plans. The meeting is open to the public.

Do you think PN Hoffman should construct a building that takes up much of the SunTrust plaza? You can weigh in through our poll.