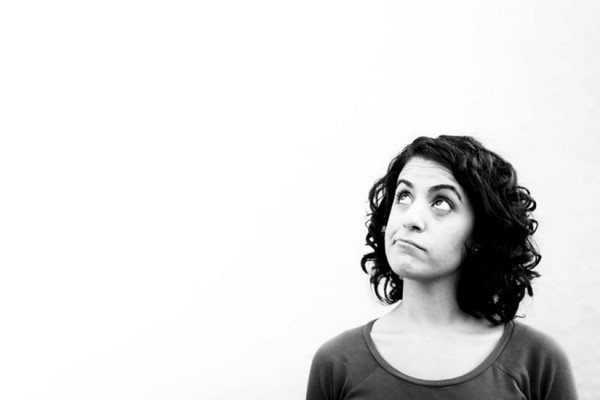 By day, Elahe Izadi is an accomplished reporter at The Washington Post. By night, she’s a talented stand-up comedian.

The first time I saw Izadi perform was at an Underground Comedy show at The Big Hunt in Dupont. I particularly noticed and enjoyed her confidence and attention-grabbing jokes.

I caught up with Izadi earlier this week. Our conversation leaned more toward her life in comedy, but be sure to check out her website to see her journalistic side.

Borderstan: Where are you from?

Elahe Izadi: I was born in D.C. But I mostly grew up in rural Maryland, which most people find baffling about me. I’ve been in the city for more than six years now.

I’ve always geeked out on comedy. I relished staying up as a kid during the summer to watch Letterman. I’d memorize SNL sketches. But it was Margaret Cho’s comedy special, which aired constantly on Comedy Central, that put the idea of me actually performing in my head. Here was a woman, a child of immigrants, telling jokes about her identity for an hour in front of a massive audience. It was formative to see that.

I know of other comics who’ve had similar experiences after seeing her special. So, flash forward to college. I had some friends trying out stand-up, and I thought, yeah, I want to finally do this. I found an open mic at Soho Café in Dupont, and I went for it.

How long have you performed?

On and off for awhile, but consistently since 2012.

How would you describe your first experiences doing stand-up?

Encouraging. Experienced comics were supportive and offered kind words and bookers gave me time. But of course there are the times you bomb – which hey, that never stops! – and the demoralizing shows and the extra stuff you have to deal with as a woman doing this. You learn to push through.

Stand-up taught me the fleeting nature of success and failure and not to get too attached to either. You can bomb and crush in the same night.

Are there any comedians that have helped influence you as a comedian?

I love listening to interviews where all different kinds of comedians talk with each other about the craft of stand-up. I love that: the nuts and bolts of it, the structure and the process — how to stretch out or compress a bit, how to remain present, how to take command of the stage and really work a crowd.

This is probably pretty nerdy.

Where do you usually perform?

How would you describe your approach to coming up with material?

I’m a writer by trade and I used to write out most of my jokes. But now, I’ll have an idea — sometimes it’s fleshed out, sometimes it’s just a kernel — that’ll I’ll take to an open mic to try to figure out.

Basically, I’m writing the joke on stage and I’ll keep working it out in front of audiences until I feel, yeah, this is a solid bit now.

What’s your experience been like as a comedian in DC?

Great! The scene here is really fabulous and has grown beautifully with so many rooms to perform and comedians who support each other. Also, I don’t feel there’s this weird competitive vibe here between female comics.

You hear stories of elsewhere where there’s a general feeling that there can be only one woman on a show. I just don’t feel that’s the case here.