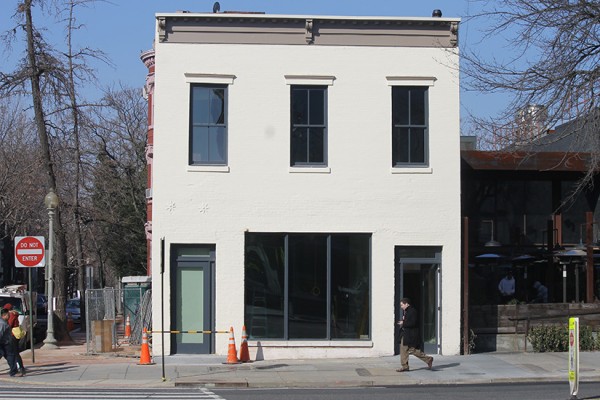 The forthcoming J. Crew men’s store in Logan Circle is looking for workers.

The store, slated to arrive at 1618 14th St. NW, later this spring, is currently hiring “passionate” and “driven” associate managers, according to a recent job posting.

We first reported in October that the company had plans to open a new men’s only clothing store in the dilapidated building once known for housing infamous “wrestling club” and “men’s parties” sex club events. A man died there in 2009, prompting the city to file suit to shut the clubs down.

Now decked out in modern doors and windows, the building is yet another testament to just how much 14th Street NW has changed over the past decade.

A J. Crew representative said the store could open as early as June.