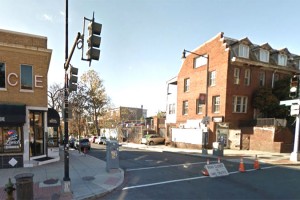 A group of thieves robbed a man at gunpoint near Howard University over the weekend during a get-together the victim organized with one of the robbers he met on Instagram, police said.

The armed robbery happened on the 700 block of Fairmont Street NW about 1:30 a.m. Sunday. The area is just west of Howard’s campus.

The person the victim intended to meet and three other individuals were waiting for him when he arrived, according to authorities. The victim then tried to escape into a house, but the four people followed him.

The four individuals soon after robbed him of his money, iPhone and clothes, while putting a handgun to his head. One of the thieves also held a baseball bat during the robbery.

The robbers eventually fled with the victim’s car.

Three people were arrested in connection with the robbery, police said. But their identities weren’t immediately clear.

According to authorities, other crimes reported in the Borderstan coverage area since Friday included: