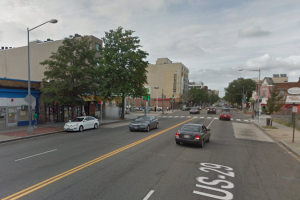 Someone stabbed a man in Park earlier this afternoon, said D.C. Police.

The crime occurred on the 3400 block of Georgia Ave. NW around 3:18 p.m., according to authorities.

The victim of the stabbing was conscious when police arrived on the scene, said MPD spokesman Officer Sean Hickman.

Authorities are on the lookout for a man described as a: