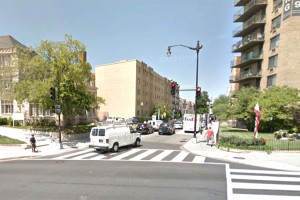 A man attacked and tried to sexually assault a woman in Mount Pleasant this week, police said today.

The incident happened on the 1600 block of Park Road NW about 10 p.m. Wednesday.

The man followed the woman into a building in the area, according to authorities. He then used physical force against the woman or threatened to hurt her physically before attempting to sexual assault her.

Police described the suspect as:

A group of thieves also beat up and robbed a teenage boy in Columbia Heights early yesterday morning, according to authorities.

The robbery happened on the 2800 block of 15th Street NW about 1 a.m. Wednesday. The area is about two blocks north of Meridian Hill Park.

The teen was trying to enter a residence when three men asked him for his money, police said. The boy said he didn’t have any, causing the trio to punch and kick him.

They then fled with the teenager’s backpack.

The boy was brought to a local hospital for treatment.

The boys approached the hot dog stand and took a soda without paying, according to authorities. The vendor then left the stand to tell them to pay, but instead one of them gave her a bear hug and grabbed her cellphone.

The teens fled soon after.