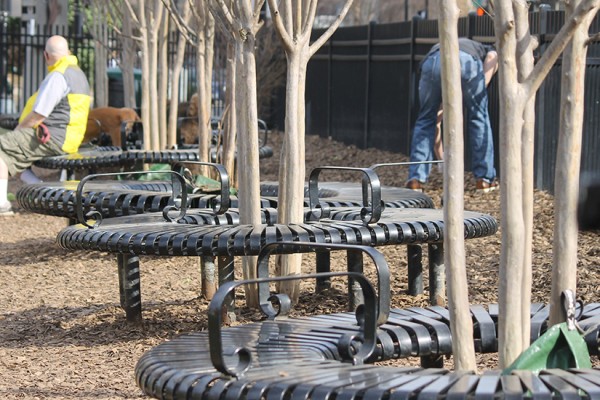 When the S Street Dog Park in Dupont closed Tuesday afternoon, some residents wrote us to voice their concerns. Fear not, dog-havers: the park was merely being upgraded.

Before the upgrade, the park had six trees, but only four circular metal benches. Now, each tree has a metal bench surrounding it. Those benches, according to Silverstein, prevent dogs from “marking” the trees “hundreds of times a day.”

“One of the trees died and the other was not well,” Silverstein said. “The [D.C. Department of General Services] fabricated a couple of new benches without warning.”

Two new benches may not seem like much, but for the Dupont Circle commissioner, it’s been a long time coming.

“This is something we’ve been trying to get for three years and we got it yesterday,” Silverstein said. “This is sort of like Christmas in March.”

The dog park is open from dawn to dusk.