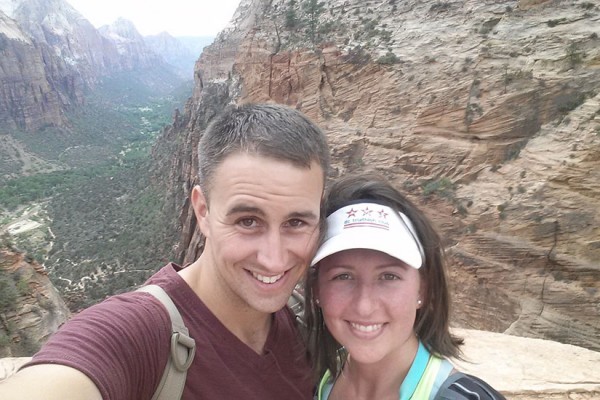 Her longtime boyfriend, Jayson Harpster, popped the question in Big Sur, Calif., at a spot overlooking the Pacific Ocean this weekend.

Nadeau, 35, and Harpster, 30, will marry in a private ceremony. A date and location for the wedding haven’t been announced.

The couple will live in the councilmember’s Ward 1 home. Harpster currently resides in El Cerrito, Calif.

“They are overwhelmed with the love and support from friends and family,” Nadeau spokesman Tom Fazzini said in an email.

Nadeau and Harpster, who have dated since 2014, met at the wedding of a cousin of the councilmember. The cousin and Harpster are friends who met as undergraduate students at Seton Hall University.

Harpster is a consultant at Kaiser Permanente, helping cancer patients and low-income Medicare members. He also served in the Army as an intelligence analyst in Afghanistan and was a field organizer for President Barack Obama’s 2008 campaign in Pennsylvania, where he grew up on a farm.