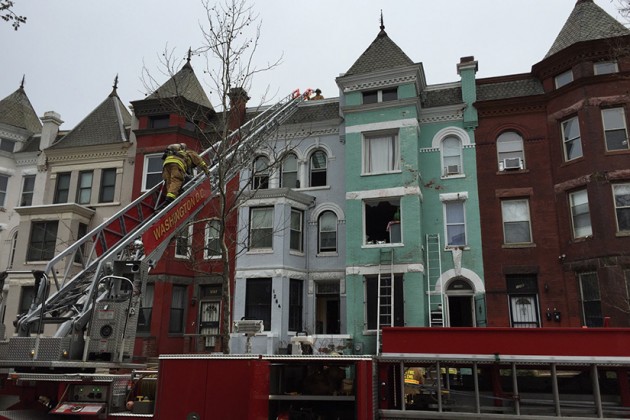 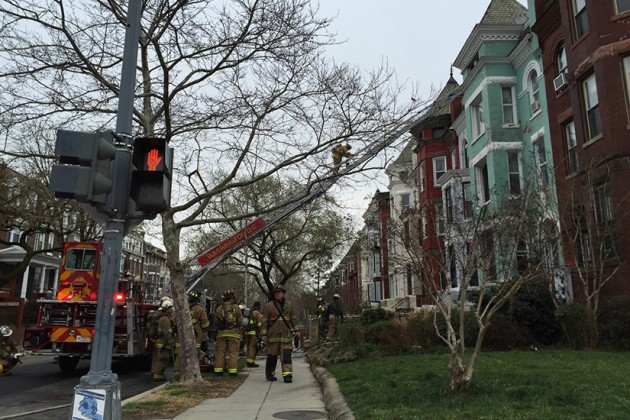 (Updated at 3:24 p.m.) Two children and one adult were taken to the hospital after firefighters battled a fire inside of a three-story house in Columbia Heights earlier this afternoon.

The blaze began in the basement of a home on the 1200 block of Columbia Road NW, said D.C. Fire and EMS spokesman Oscar Mendez. As of 2:40 p.m., the fire had been extinguished.

Firefighters are still investigating the cause of the fire.