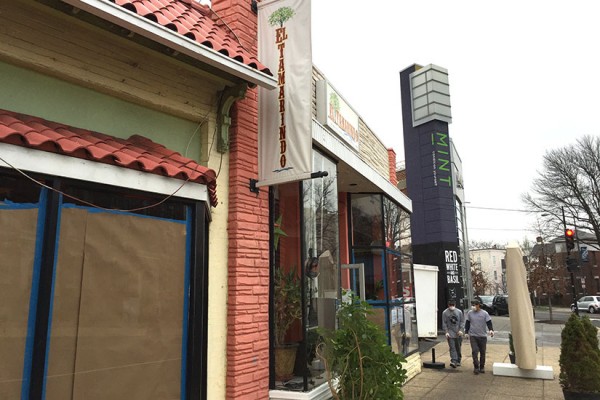 A Mexican eatery in Adams Morgan has closed to complete “renovations” after a D.C. food safety and hygiene official reported seeing cockroaches in its kitchen.

El Tamarindo at 1785 Florida Ave. NW suspended operations yesterday to create a “fresh new look” for April, according to a post on its Facebook page.

The restaurant temporarily shut down last week after a D.C. Department of Health inspection revealed that the eatery had “alive and dead cockroaches . . . in the kitchen at several places, mainly at the utility room,” according to a DOH report. El Tamarindo passed a follow-up inspection Thursday, allowing it to reopen.

We can't wait to show you our new space! See you guys in April… https://t.co/1QqTiciwAf

JOIN US TONIGHT FOR OUR LAST SUPPER! We will be closing for renovations but don't worry we will be back with a… https://t.co/Qgbt2Uq64N

We saw crews dismantling the restaurant’s interior and throwing away debris in a large dumpster near a portable storage unit this morning. Brown paper covered some of the eatery’s windows.

An El Tamarindo representative couldn’t immediately be reached for comment.