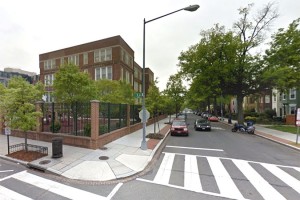 A box cutter-wielding assailant got into an unlocked car parked in Shaw and tried to stab the vehicle’s owner who found the person inside his vehicle yesterday afternoon, police said.

The victim parked his car and left it unlocked when he went inside the nearby Cleveland Elementary School, according to authorities. While the man was gone, someone hopped into his vehicle.

When the victim returned to his car, he discovered that somebody was in it. The victim then pulled the individual out and asked why the person was in his vehicle.

A fight began soon after. Eventually, the person found in the car pulled out a box cutter.

The individual with the box cutter then swung it at the victim, slashing the victim’s coat.

A co-worker of the victim arrived on the scene soon after, and the box cutter-wielding attacker fled.