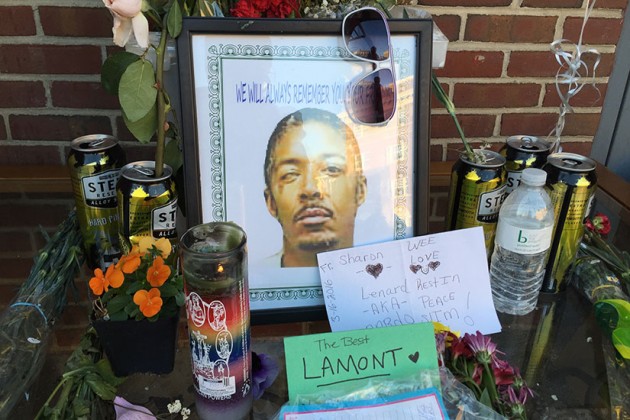 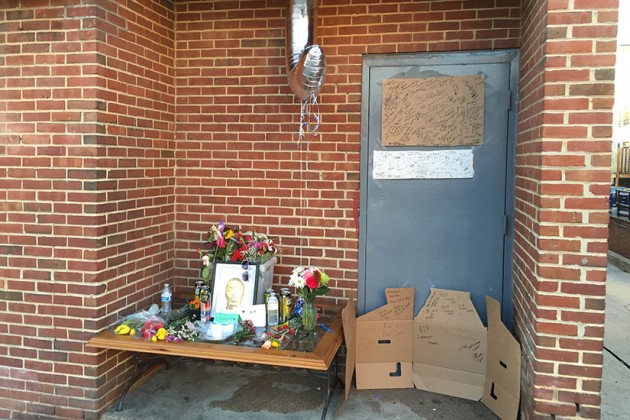 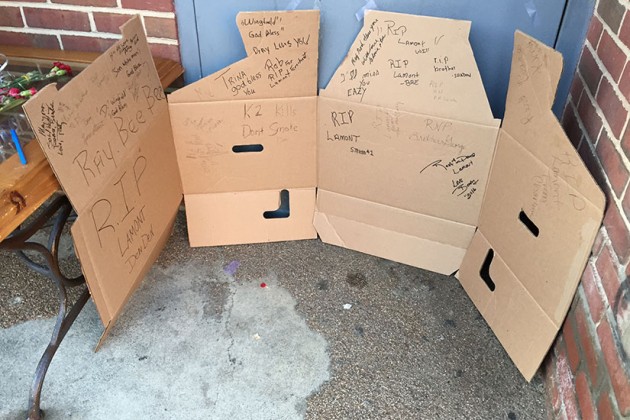 Members of the Adams Morgan community are paying tribute to a homeless man who died last week, leaving handwritten notes, flowers and other mementos at a memorial in his honor.

Lamont Thompson, who was believed to be 50 years old, was found dead in the neighborhood Friday, police said. He died of natural causes.

Since his death, mourners have created a memorial with bouquets of flowers, messages of love and other items in a nook outside the Safeway grocery store at 1747 Columbia Road NW.

Bryan Weaver, a former Advisory Neighborhood Commission 1C member, is among those who have paid tribute to Thompson.