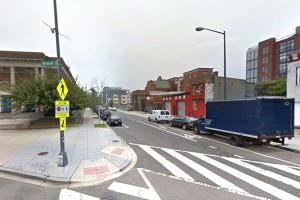 A 72-year-old man was pistol-whipped and knocked unconscious in a violent group robbery near the U Street corridor early yesterday morning, police said.

The victim was leaving a gambling game when five people went up to him from behind, according to authorities. One of the individuals flashed a handgun soon after, hitting the elderly man with it in his face and knocking him to the ground.

The person with the gun and the individual’s four accomplices then punched and kicked the man until he was unconscious. The attackers eventually grabbed $800 in cash from the victim and fled.

Two passersby found the victim on a sidewalk and helped bring him to a hospital, police said. The man had a broken nose, cuts on his face and multiple bone fractures around his eyes and cheeks.

The footage shows three people pulling someone to the ground before punching and kicking the individual.

The Metropolitan Police Department currently offers a reward of up to $1,000 to anyone who provides information that leads to the arrest and conviction of the person or persons responsible for a Robbery Force and Violence in the District of Columbia.