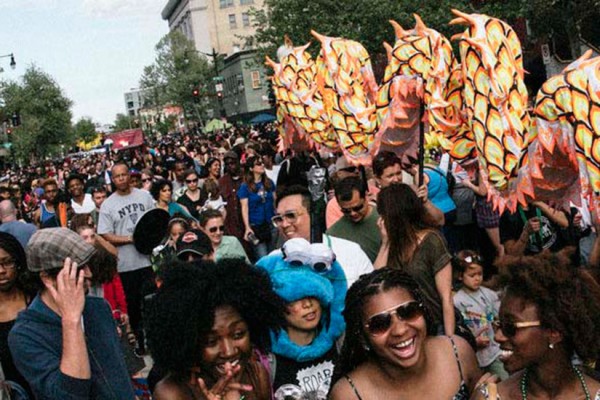 Want to help bring the funk to the U Street corridor this spring?

The organizers of the Funk Parade are looking for donations to help fund the free annual festival on May 7.

The celebration, which includes a participatory parade, music and dancing, “can’t keep up with the demands of the event” by only relying on sponsorships and grants, according to a fundraising website for the festivities. Last year, officials with the “D.C. Department of Funk” secured more than $15,000 in donations.

“Most of the funds we raise through this campaign helps pay the artists,” the fundraising site says. “Funk Parade is organized and run entirely community volunteers — not a penny goes to the organizers.”

This year’s Funk Parade, which is expected to draw more than 70,000 people to the U Street corridor, will highlight “the city’s roller-skating heyday, its current cycling culture, skateboarding and more,” according to a news release.

Activities include “a roller-skating salute to [the] DC of the 1970s, phone booths that connect participants to the city’s past and future [and] a song for DC made from sounds submitted online by Washingtonians,” along with 150 hours of music and dance programming, the news release adds.

“Engaging attendees in the day’s experiences has always been central to the event,” Funk Parade co-founder Justin Rood said in a statement. “This isn’t a spectacle to watch, it’s a celebration to join.”