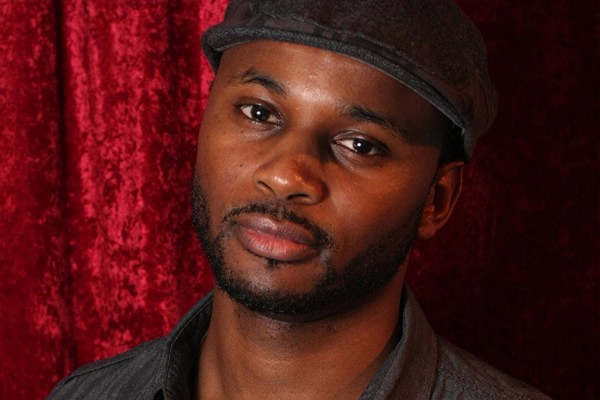 I’ve seen Tim Miller perform at various spots around Dupont and he’s delivered every time. His disarming approach takes the pressure off the performance and makes you feel like you’re just hanging out.

We chatted about his comedy history, the importance of snacking and why working for former President George W. Bush made him happy:

Borderstan: I’m interested in how you became a comic, so what’s the origin story?

Tim Miller: The origin story. . . I always wanted to do it and I got out of the army in July of ’04 and I started doing stand-up in August of ’04. I went to mics, saw that everybody sucked.

Open mics, went to open mics in the city. There was one on L Street. It was hood. It was rough. I just saw what everybody was doing. I don’t know if it was just me, but when you first start, you just wonder if you’re good enough,  so you check out the scene. Mics, Wiseacres Comedy Club in Tysons Corner, that’s where I started.

Is that still open?

No, they closed that down. They had a Wednesday and Thursday night open mic. I think a lot of comics started there.

You’ve been doing this for a hot second, then. It’s been almost twelve years.

Going on twelve. I just kept doing it here. Some comics start out good and then they plateau. They suck for a long time and they figure out how to get funnier. I started out kind of bad and then just got a little better and a little better.

Plateauing can be rough; I think there’s a few comics going through it right now, but if you can go through it. Because when you’re funny right up front, that’s a lot to handle. If you suck for a while, you go on stage and you bomb every time and you’re humbled.

Then you get like “Oh, maybe I shouldn’t be doing this, maybe I’m not as good as I thought.” And if you could make it through that, you can get back to the next level, which is figuring yourself out. That’s basically what we try to do. fFgure out how we’re funny in our best way.

What you need to do to get laughs?

Yeah, I was doing all kinds of stuff. When I first started, I was doing one-liners. And then, somebody said “you’re not a one-liner person. You’re an actor.”

Yeah. I’ve seen your act. You chat with the audience. It’s very laid back. You seem really comfortable on stage.

Usually. I try to make it comfortable for me, even if I’m completely thrown off or whatever. I’m a little under-the-weather, like Friday I was kind of sick, so I’m still trying to be a little comfortable, even though my stomach was all over the place.

My stomach is weird now.

Is it really? Are you contagious?

I don’t think there’s anything really wrong with me; I think it’s just anxiety-driven.

Not eating? Do you eat?

Yeah, I had a good amount of food today. What did I eat? I had a sandwich for lunch and some snacks. I’m very snacky at work.

I don’t know how we got into this weird thing of like: “a meal – stop doing everything – and then another meal.” Then fall asleep at work because you’ve got these sugar spikes. Yeah, you’re supposed to snack all day.

I dig it, especially because I’m trying to save money. So where are you from?

Yeah, that’s a while. That’s longer than me – and I’m kind of from here. I grew up in different parts of the DC area, but in DC proper: 5 years. I lived in Arlington for a while, Falls Church.

I made a face.

Haha, yeah it’s cool. Do you live in Maryland now?

I live in Alexandria, that’s why I made the face.

I like Alexandria, but I don’t really know it that well. I know Old Town. It’s really nice.

Yeah, I live around there. I like the family environment. There are some houses, you have to look for them. There’s weird little neighborhoods and weird little hoods, little stab-you-up spots, too, if you want that.

For the few of us that want that, haha.

Yeah. So yeah, I joined the army, then I got a job doing video at the White House.

That’s when I got out of the army in ’04. Then I just stayed in the area. A lot of the contracting jobs you can get with a clearance, of course are in this area. So, I decided to stay. And it didn’t hurt that I just started doing comedy right after that.

Are you still doing that?

Still doing the day job, still doing videos. I left the White House in 2011. I was there for most of Bush . . . supporting his administration. I would travel to Texas because Bush would go to Texas every other week. So I would just go home every few months. That was lovely. I thought it sucked at the time.

And then when Obama got in office, it really sucked because our workload quadrupled, because his agenda was so media, media, media. It made our job a living hell. I thought, if I’m only getting paid this much to do this sh-t, I’m going to get the hell out of here.

Lot of pressure. So, I left there. Now, I’m doing the same thing, but for the government. Less stress.

Can you say where?

The National Geospatial-Intelligence Agency in Springfield. It’s kind of new, but not really. I think around fifteen agencies have just come together. I’ve been there a few years, it’s not too bad.

Do you see yourself sticking around,?

Yeah, I have a two-year-old daughter now, so I kind of have to. Can’t do the usual “move to New York or LA” thing.

I heard that a lot of D.C. comics stay here for a little bit and then move out to LA or NY.

Yeah, if they don’t get stuck. I’m not saying I’m stuck, but I kind of am.

Yeah, but it’s not because of feeling like you can’t do well in other cities, right? But because your daughter is here.

Yeah, if I could be honest, I think I could do very well in other cities, but like I said, my daughter’s here. I could visit New York, I could visit LA. I want to book some shows [in New York], do a week of shows. It’s something you gotta really work on, really set it up.