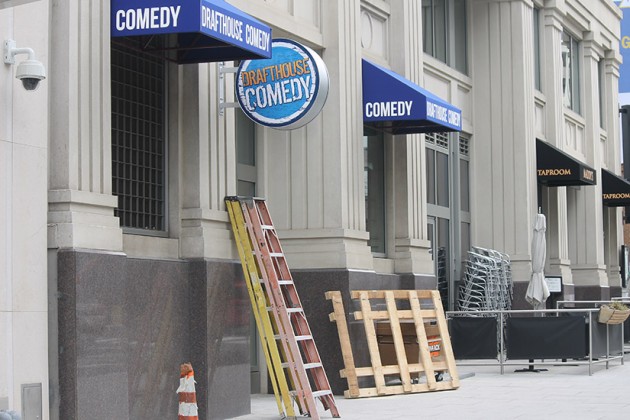 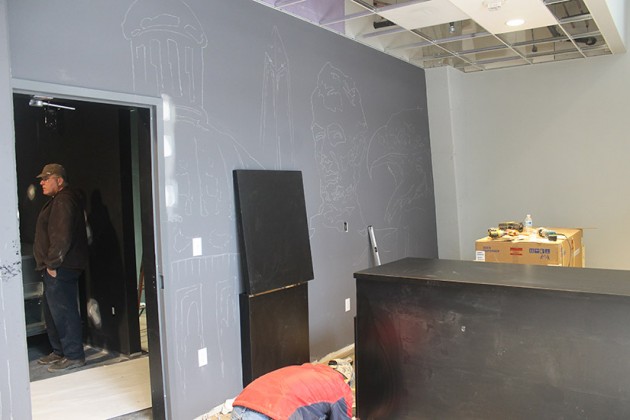 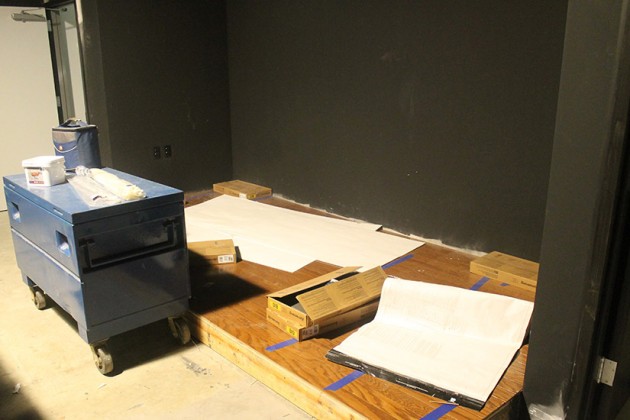 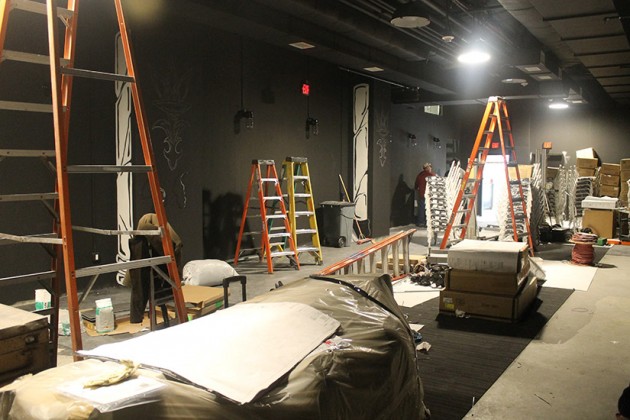 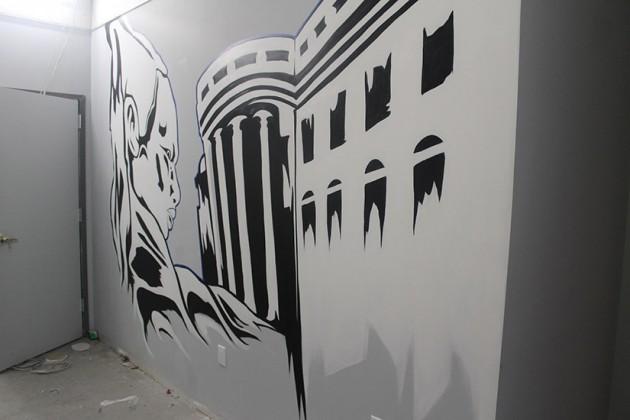 Though construction crews were hard at work building out the space earlier today, Godbout was confident the comedy venue would open in time for its inaugural performances by comedians Liza Treyge and Matteo Lane.

“We’re excited to be part of the community,” she said.

When the venue opens, patrons will be able to buy tickets, light refreshments and beer and wine in the reception area before heading into the 200-seat theater.

The venue will serve as host to comedy acts and occasional sketch and improv shows. Click here to view the full Drafthouse Comedy schedule.