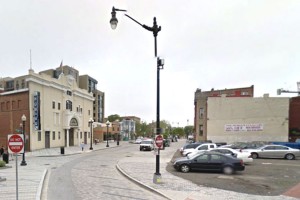 Two would-be thieves punched a man in the face and tried to rob him in Shaw yesterday morning, police said.

The attempted robbery happened on the 600 block of T Street NW about 7 a.m. Monday. The block includes The Howard Theatre and the Right Proper Brewing Company Shaw Brewpub & Kitchen.

The victim was in the area when two individuals punched him in the face and told him they were going to rob him, according to authorities. They then went through the victim’s pockets, but fled without taking anything.

The man was treated on the scene for a minor abrasion under his right eye.

Addisu Gebrehiwot, 41, and Amanuel Isayas, 32, were arrested in connection with the attempted robbery, according to authorities. Information on their lawyers wasn’t immediately available.