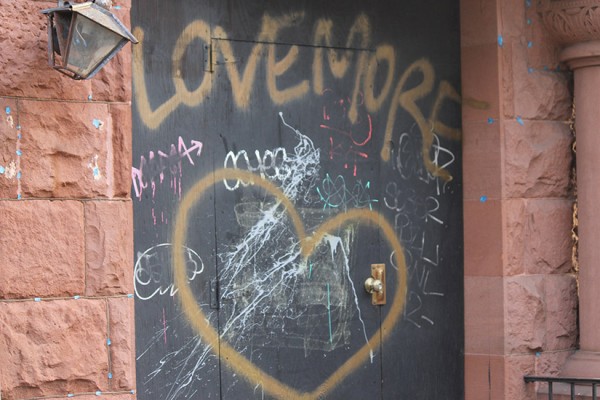 Busy L Street Cycle Track to Close for Two Years — The cycle track that runs near the site of the former Washington Post building downtown will be closed for at least 27 months while workers redevelop the land. Naturally, cyclists aren’t too happy about it. Some cyclists even say the temporary measures pose a danger to bike riders and pedestrians. [WAMU]

Vehicle Struck by Bullets in Shaw — Stray bullets damaged a car in Shaw yesterday afternoon, according to D.C. Police. “The call was for the sounds of gunshots and became a destruction of property. A vehicle on scene had what appeared to be damage from a bullet hole,” police spokesman Officer Sean Hickman told us last night. “There was no one injured on the scene. It is currently under investigation.” According to D.C. Councilmember Charles Allen, a school bus was nearby during the incident but was not hit. ANC 6E Commissioner Rachelle Nigro also alerted the public of the crime shortly after it occurred. [Borderstan; Twitter / Charles Allen; Facebook / Rachelle Nigro]

What to Expect When All Purpose Opens — The neighborhood’s new Italian-American restaurant promises pizza, eggplant parm and cookies from Buttercream Bakeshop when it opens at 1250 Ninth St. NW in mid-April. [Washingtonian]

Bruce Monroe Survey Results Released — According to a recent survey, residents are divided over a plan to build a new mixed-use and mixed-income development intended to include residents of the Park Morton public housing complex. [New Columbia Heights]