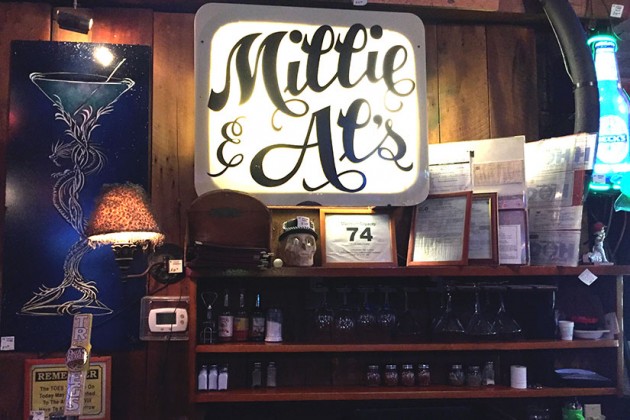 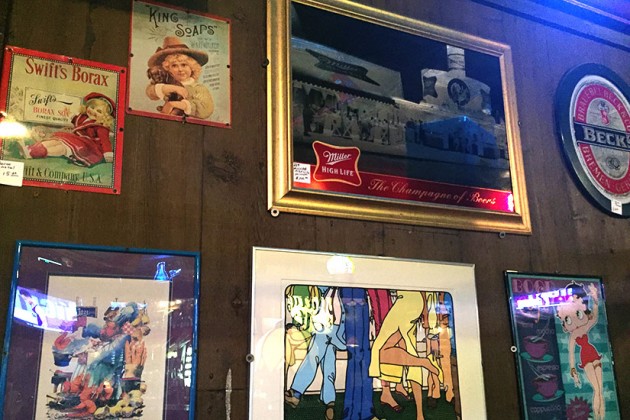 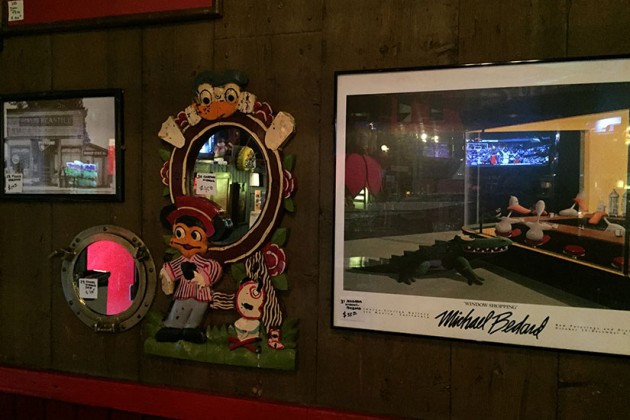 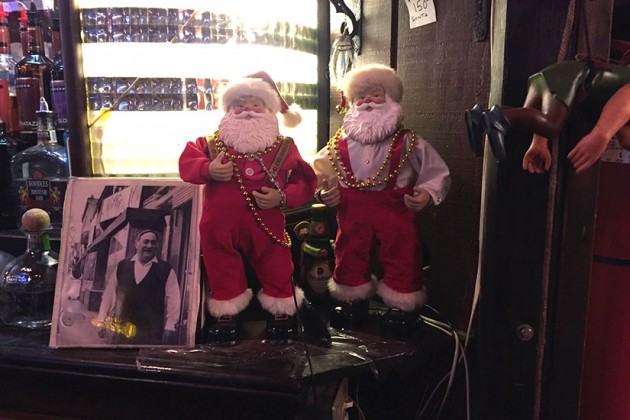 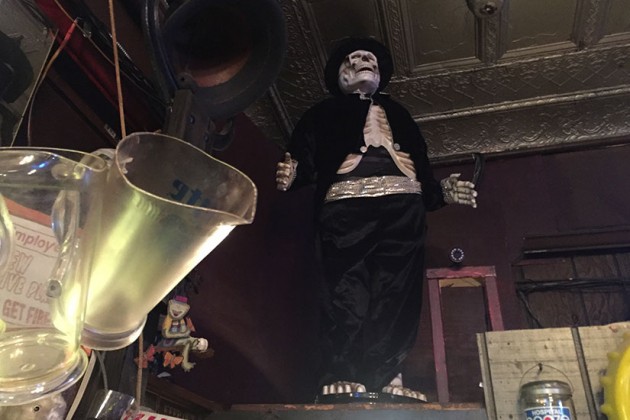 Want to take home the dancing skeleton at Millie & Al’s? Interested in owning some some vintage signs and artwork from the Adams Morgan dive bar?

The 53-year-old drinking institution at 2440 18th St. NW is littered with price tags that adorn items throughout the bar. The watering hole is selling its prized decorations and preparing for an auction on Sunday, April 3, at 6 p.m. to help clear out the space before it closes, a bartender there told Borderstan last night.

Washington Business Journal reported this morning Millie & Al’s is set to shut down Thursday, April 7. A business registered with the District on March 7 to Taylor Gourmet co-founder David Mazza has bought the building that houses the bar, according to the newspaper.

“I’d love to personally invite anyone that has a special connection to the bar, especially all who met their husbands or wives here,” owner Barbra Shapiro said in a statement to the newspaper. “I know there have been hundreds of people who’ve met spouses here, and it would be great to see you all as a final hoorah.”

Shapiro wasn’t at the bar last night when Borderstan visited and hasn’t responded to a request for comment.

The dive’s treasures for sale include a framed Miller High Life mirror for $100, a dancing Santa for $150 and a skeleton head for $25, among other tchotchkes. The dancing skeleton doesn’t have a price yet, however.

The skeleton’s value will be determined at the auction.