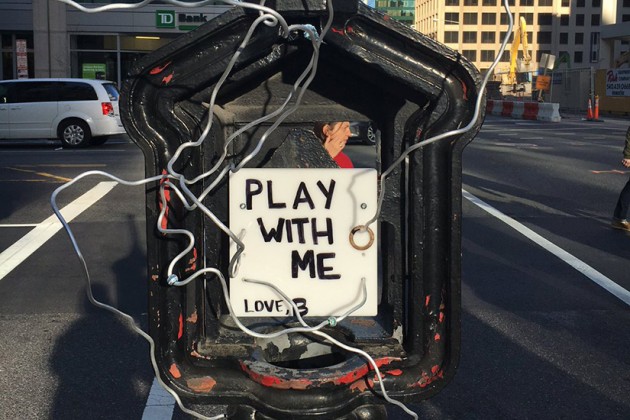 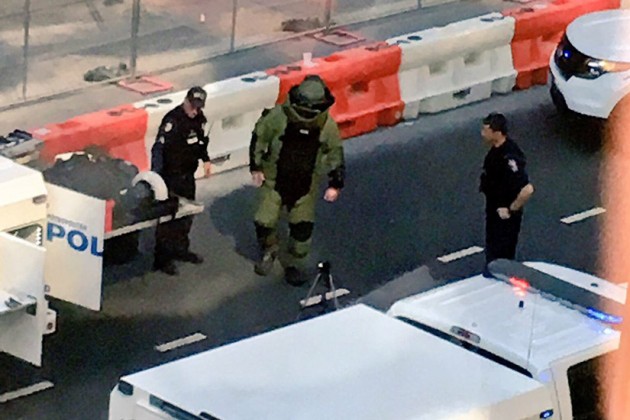 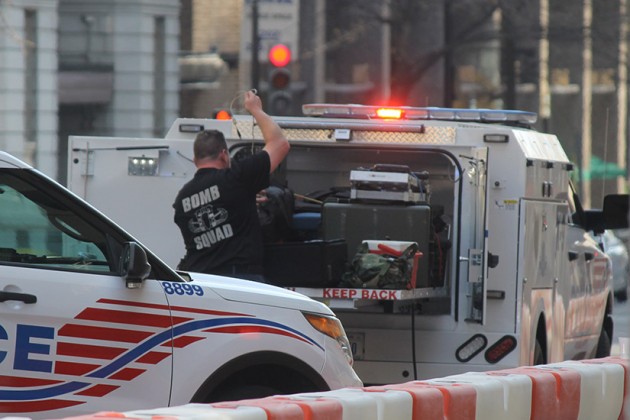 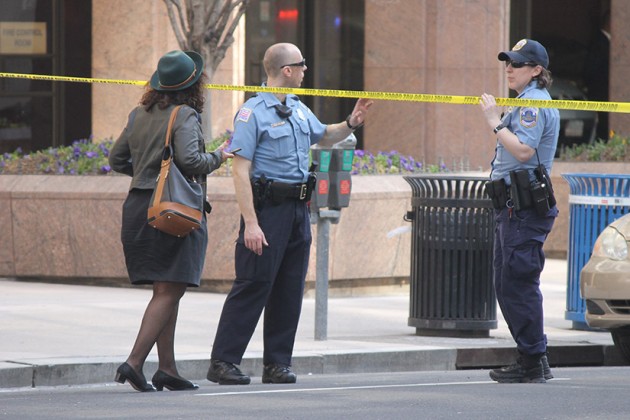 Authorities said a bystander saw a person “placing wiring in a box” on the 1000 block of 15th Street NW and called police at 2:41 p.m. An officer searched the area and apparently found the street art — a mess of wires with a sign instructing viewers to “play with me” — triggering the suspicious package investigation.

Police removed the work of art, determined it was “not hazardous” and reopened the stretch of 15th Street NW at about 4:15 p.m. yesterday.

The person behind the street art, identified only as “B,” has not yet been revealed. Though it’s unclear when exactly the art first appeared, Twitter user Craig Plazure said he first spotted it about a week ago.