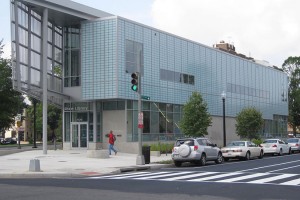 Muslim women and supporters will meet in front of the Shaw Library tomorrow afternoon to protest the “disturbing incident” where a D.C. library officer allegedly asked a woman to leave the library for wearing a hijab and threatened her with arrest when she did not.

Women will gather in front of the library at 1630 7th St. NW at 2 p.m. tomorrow to “reclaim safe spaces for Muslim women,” according to a Facebook event page.

Attendees are asked to bring a headscarf and signs.

We also invite Muslim women and allies, if they feel comfortable, to share their experiences as witnesses or targets of anti-Muslim harassment and discrimination with tweets using the hashtag #NotAnIsolatedIncident to demonstrate to DC Public Library that this incident occurred in the context of growing Islamophobia in the District. DCPL and other public institutions must take proactive measures to address harassment and discrimination against Muslims by developing a public awareness campaign, training DCPL staff on institutional racism and Islamophobia, and implementing a system to report staff abuses.

Join us this Saturday to stand up against Islamophobia and safer spaces for Muslims!