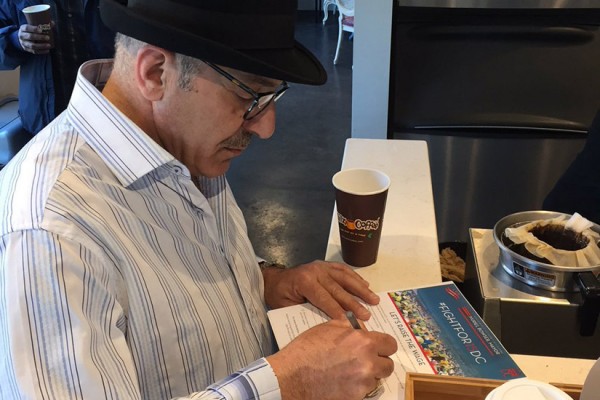 Arrivederci, Pasta Mia — The family-style pasta eatery in Adams Morgan closed its doors for good over the weekend. The eatery, which opened in 1991, was known for dispensing piles of pasta to hungry diners. [Washington Post]

Protest Held at Shaw Library — Protesters gathered at the Shaw Library this weekend to push back against the “rise of Islamophobia” after a woman was ordered by a library police officer to remove her hijab there on Wednesday. [WTOP]

Protein Bar Leaves 19th Street NW — Protein Bar, a Chicago-based purveyor of salads, bowls and “bar-ritos,” shuttered its location at 1011 19th St. NW over the weekend. A sign on the door of the eatery says the location is “permanently closed.” [Borderstan]