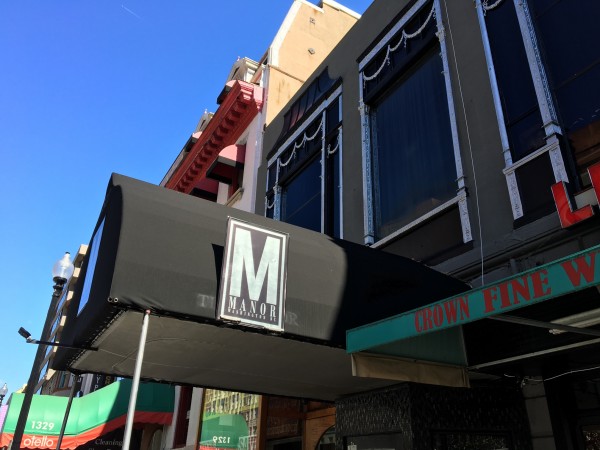 A Dupont Circle nightclub is getting a new look.

The Manor at 1327 Connecticut Ave. NW has received a new, Metro-inspired logo, lost its food menu and is in the process of opening up more space for clubbers as part of a rebranding effort intended to draw in more late-night revelers, general manager George Martinez told Borderstan today.

A veteran of clubs in Miami and New York, Martinez said he pushed for the changes, along with improved customer service, not long after he joined The Manor late last year. He said he didn’t get “a lot of positive feedback” from customers about the club.

The demolition of The Manor’s kitchen to make a “really plush” VIP area and the removal of closets to open more space for clubbers is part of the club’s plan to create a better experience for customers, Martinez said. The Manor’s management is looking to expand the  “second floor and increase capacity from 75 to 275” people, according to a notice the D.C. Alcoholic Beverage Regulation Administration published this week.

“The best service in D.C. by far” will come after the rebranding is complete, Martinez said.

Construction work to expand The Manor is expected to begin next month and end this spring, Martinez said. The club isn’t expected to close during the renovations.

more stories
Previous
Borderstan Brief
Next
POLL: Will the Nuclear Security Summit Cause a Meltdown for Commuters?