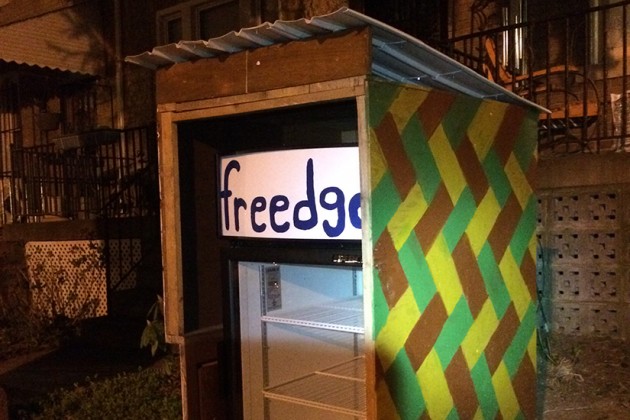 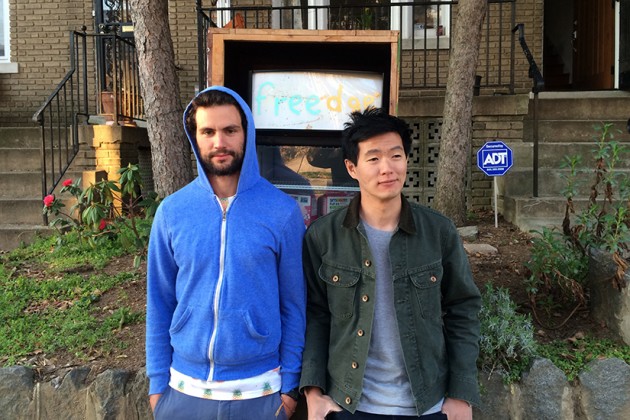 Yen, who powers the freedge with an extension cord running from his house, said the idea works like a Little Free Library.

“People can take food, they can leave it, they can exchange,” Yen said. “We’re trying to reduce food waste and have people engage more with their neighbors.”

Along with co-founder Ernst Bertome, Yen built the first freedge in Davis, Calif., in 2014. The D.C. freedge is one of four across the globe, with many more planned, Yen said.

“Typically we just buy used commercial fridges,” he explained. “We got this one from an antique shop that was closing down in Maryland.”

There are two rules to stocking the freedge, according to Yen: no meat, no alcohol, but not because he’s against those items personally. Meat spoils, and distributing free alcohol is tricky, legally.

“We’ll be checking it once or twice a day whenever we go by,” said Yen. “Making sure nothing bad is in there.”

What might you find in the freedge? Canned goods, condiments, packaged goods, Yen said. But locals sometimes also drop in fresh fruit and vegetables from their gardens or even leftovers, he added.

“We’re hoping that people will be receptive to it,” Yen said. “I guess we’ll find out soon.”