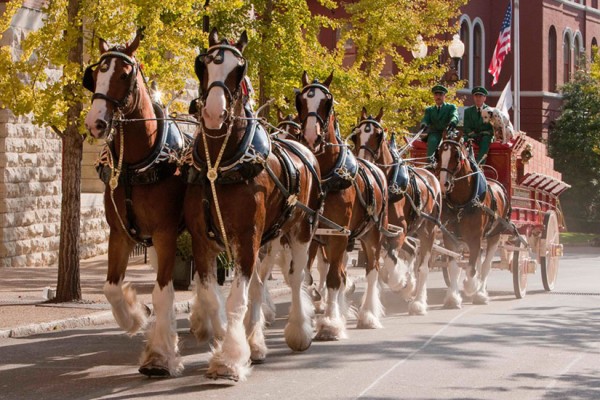 The opportunity to have a beer with a Budweiser Clydesdale is coming to area sports bars next week.

Anheuser-Busch’s famed horses are set to visit Duffy’s (2106 Vermont Ave. NW) for a Nationals game viewing party on Wednesday from 6 to 8 p.m. “One lucky Budweiser Clydesdale” also is scheduled to trot over to Stoney’s (1433 P St. NW) on Saturday, April 9, from 1 to 3 p.m., according to a news release.

The horses are in town for Nationals Opening Day, National Beer Day and a Capitals game next week. April also marks the 83rd anniversary of when Budweiser Clydesdales brought a case of beer to the White House to celebrate the end of Prohibition.

From Wednesday to Sunday next week, the horses are slated to make appearances at Nationals Park, the Verizon Center and the Southwest waterfront, in addition to Duffy’s and Stoney’s.