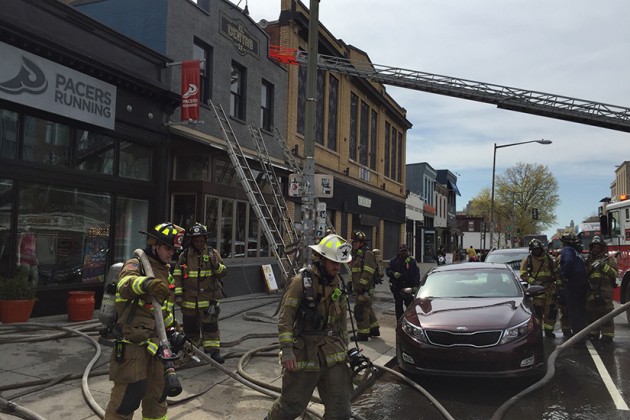 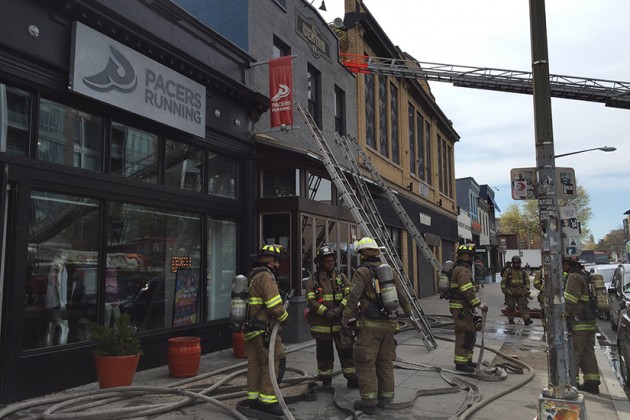 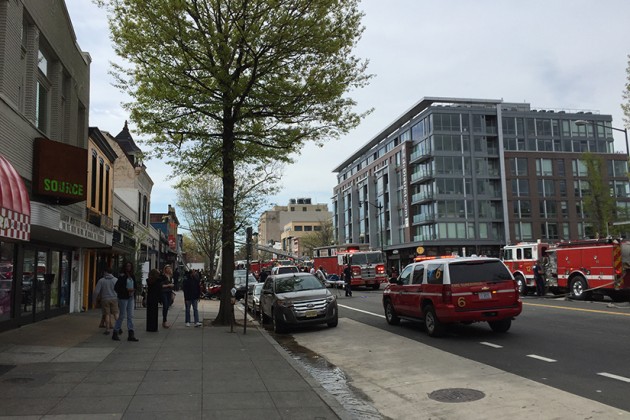 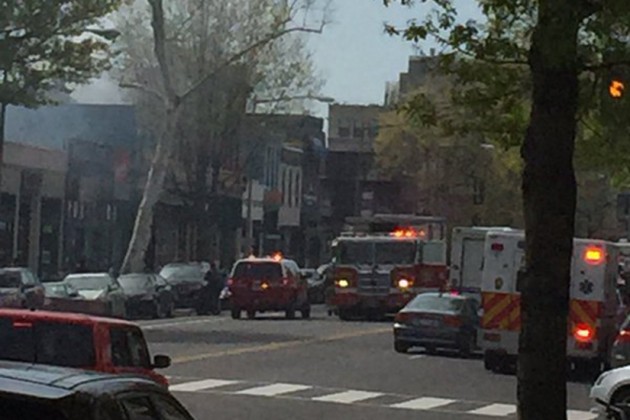 (Updated at 12:38 p.m.) A fire erupted on the roof of a popular 14th Street Mexican restaurant and bar earlier today.

The roof of El Centro, located at 1819 14th St. NW, caught fire around 11 a.m. this morning, according to restaurant manager Steven Tavel.

A bystander spotted smoke above the building and came into the restaurant to say “your roof is on fire,” Tavel told a Borderstan reporter on the scene.

About a dozen employees were evacuated from the building as a result of the fire, Tavel said. No customers were in the building at the time the fire broke out, he added.

Our 14th Street location had a minor fire on the roof this morning. Thankfully no one was hurt and no guests were present. (1/2)

Due to the fire (14th st) we will be closed for lunch service today and will let you know if dinner service is on. Thank you! (2/2)

Pacers, the running store next door to El Centro, is still open, according to CEO and co-owner Kathy Dalby. Though the fire left a slight smell in the store, it’s “not bad,” Dalby added.

Several readers tweeted us after the fire broke out:

DCFD tells me no one was hurt in fire but @ElCentroDF likely to be closed for a while cc: @PoPville @borderstan pic.twitter.com/LaXJIafypK

Looks like a fire at/near the Black Cat on 14th @borderstan pic.twitter.com/5Q6D2WKC7t